City says no money to house evictees in Woodstock

Albert Road residents refuse to move to Blikkiesdorp and Wolwerivier 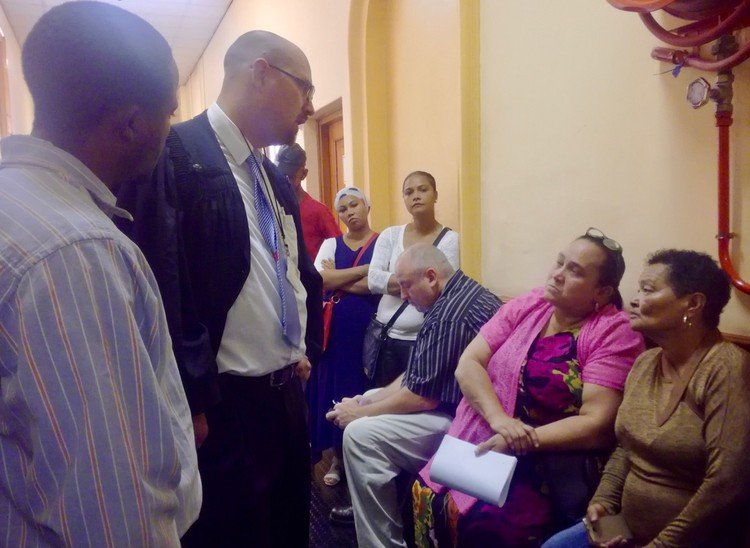 Lawyer Mark Owen talking to some of the Albert Road tenants at the Cape Town Magistrates’ Court. Photo: Barbara Maregele

The City of Cape Town says that a group of Woodstock families facing eviction cannot be temporarily housed in converted containers near where they currently live “due to budgetary constraints”.

Residents living in a block of apartments in Albert Road are opposing their eviction in the Cape Town Magistrates’ Court.

The City offered to accommodate the residents at “temporary relocation areas” in Blikkiesdorp and Wolwerivier. The residents rejected the proposal. During an earlier hearing, the court asked the City to submit a report on possible alternative places for the residents to live.

Magistrate Paul Jethro ordered the City to answer why structures cannot be placed on City-owned land near the city centre; and why temporary relocation areas cannot be established in Woodstock and surrounding areas.

On Thursday, Quinton Williams for the City said the report by Gregory Goodwin, head of Subcouncils and Area Coordination in Informal Settlements, Water and Waste Services Directorate was filed on 28 February.

In the report, Goodwin said that no additional sites were available in the Woodstock and its surrounding areas besides ten City-owned properties which were all earmarked for development.

Goodwin said that “temporary villages” made up of converted containers were only used during the refurbishment of council flats. These had access to electricity, water and ablution facilities and were erected in close proximity to units identified for upgrades. “The City is unable to establish temporary villages due to budgetary constraints,” he said.

Goodwin said the City has identified two sites for transitional housing. The Pickwick Transitional Housing Project in Salt River will be the first development to provide transitional housing in the inner city. The project is expected to have 42 rooms with 85 bed and communal bathrooms. It is estimated that it will cost R11.1 million to develop, but it is unclear when this project will be completed.

Magistrate Jethro gave the occupants until 8 March to respond to the City report. The matter was postponed until 13 March.