Households earning between R3,500 and R15,000 per month will qualify 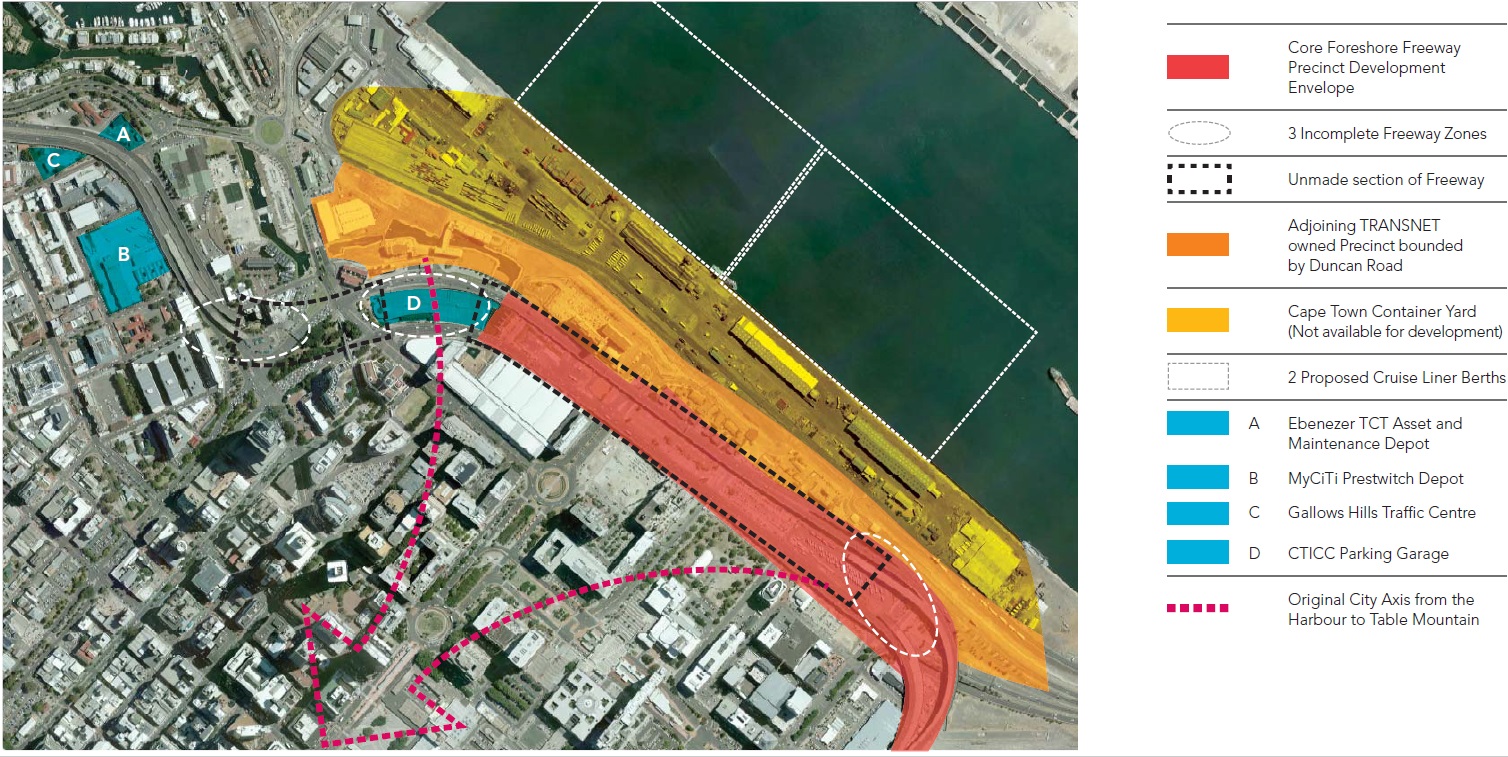 This map shows the area that is to be developed. It is situated between two unfinished portions of freeway. Image courtesy of City of Cape Town

On Thursday, Cape Town Mayoral Committee Member for Transport Councillor Brett Herron gave a press conference to explain the future development of the Foreshore Freeway Precinct. This comes after a public outcry over the lack of affordable housing within the Cape Town inner-city.

The project spans a six-hectare portion of land under and between the unfinished freeways on the northern edge of the central business district (CBD). Bids for the project must include an unspecified percentage of affordable housing, which can be built within the development, or somewhere else within the CBD.

Affordable housing will be made available to households that make between R3,500 and R15,000 a month. There will be a split between rented and owned housing.

The prospectus for the project will be issued on 8 July and will be on display at the Civic Centre for three weeks for public participation, which the Bid Evaluation Committee must take into account.

There is no deadline for the completion of the project yet. Bids will be required to give a timeline.

However, NU remained skeptical about the amount of affordable housing and the accessibility to low-income families. Hopolang Selebalo, head of research at NU, wrote in a statement, “The City’s commitment to undoing the spatial legacy of apartheid cannot be demonstrated in a piecemeal manner.”