Cigarettes and dagga on Metrorail trains 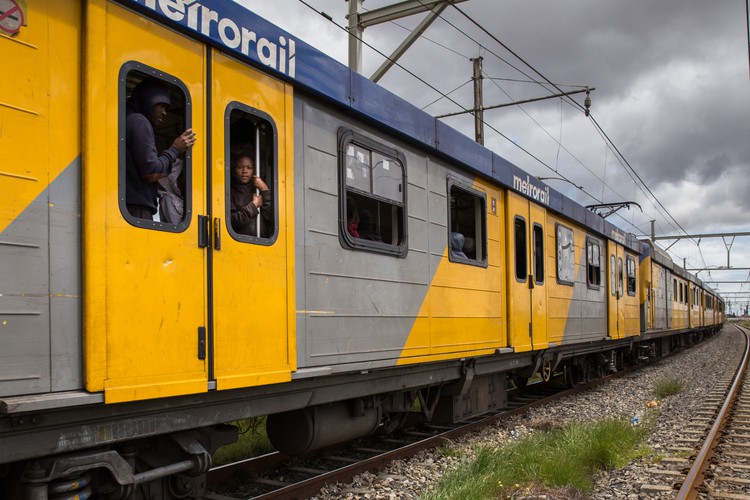 Officially, smoking is prohibited on Metrorail trains. But unofficially, the last two carriages have been declared smoking carriages, as I found when I managed to squeeze into the second last carriage at Nyanga Junction this week.

The carriage was full. Some commuters sat next to broken windows. It was hard to move but there were men doing brisk business in that environment.

I was greeted by two young men selling loose cigarettes, weaving in and out between the commuters.

A man at the window lit a cigarette, puffing out the smoke. A woman in a blue shirt covered her nose with a tissue. Next to her, a man bent down searching for fresh air. Finally he got up, other commuters made space for him to pass and he got off the train before it left the station.

It’s not just cigarettes which are bought and sold and smoked.

On a previous journey, I squeezed in at Nyanga Junction when the train stopped for almost ten minutes. Next to me a man was playing loud music from a radio.

A woman in the carriage puffed on a cigarette.

As the train moved off, two men moved around the carriage selling marijuana packed in small plastic bags.

“Its cheap, guys, R10 only. Kick-start your day with this,” said one man, opening up a plastic carrier bag full of marijuana packets.

Two commuters each bought a small packet. They rolled joints and lit them.

At Pinelands I decided to change carriages, to get away from the smoke.