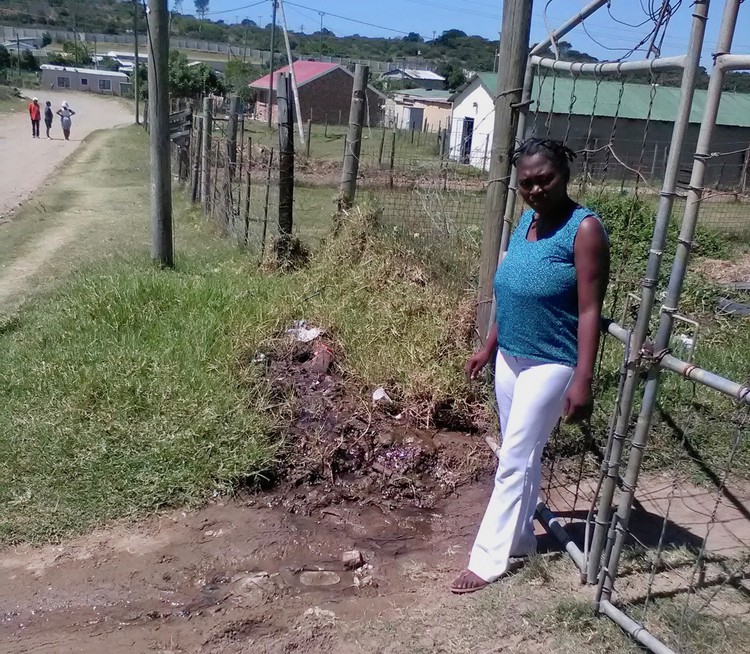 Stinking waste water bubbles up out of the ground at the entrance to a children’s daycare centre in Ndlovini, Port Alfred.

Nande Ngogela, a manager at Sinoyolo Daycare, said they reported the matter last year in October to Ndlambe Municipality, which had promised to fix it, but nothing had been done.

The underground sewer pipe is connected to several homes and to Sinoyolo.

“I don’t know if Ndlambe Municipality is considering the lives of these kids,” said Ngogela.

Nomthandazo Nkohla, a teacher at Sinoyolo, said they constantly had to check that the children did not go near the sewage. There are 42 children at Sinoyolo.

“This pipe has affected how we do things in this centre. We don’t want our kids to get sick, so we make sure that most of the time they are inside,” she said.

Spokesperson for Ndlambe Municipality Khululekile Mbolekwa said they would send workers to fix the problem.

“The municipality is engaging in a programme targeting all the households to check if they are encountering any problems with their pipes,” he said.