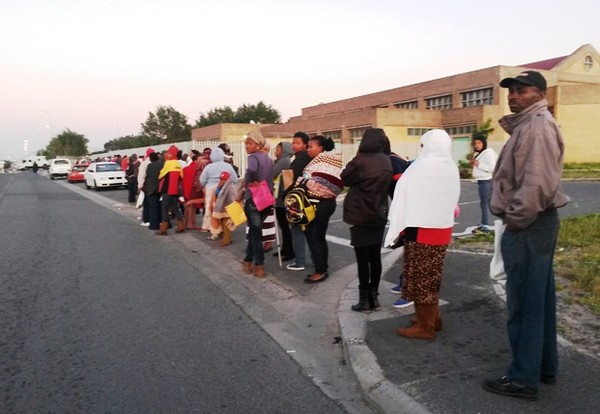 Contrary to some popular myths, the child support grant does not discourage women from looking for jobs. The grant makes it easier for them to look for better jobs, as Alessandro Tondini found in his research

In the policy discourse on the child support grant, the well-being of the child is often the first concern. Less emphasis has been placed on the employment conditions of the mother. However, improving the long-term job prospects of the mother may be the most effective way to help the child.

With fewer than three in ten employed, black African women face worse labour market conditions than any other group in South Africa. This picture is even grimmer when it comes to the quality of the jobs. African women are still found mainly in informal jobs, subsistence-level occupations not covered by a written contract or social security. These jobs are characterised by low wages, high job insecurity, and lower overall well-being than those in the formal sector. Increasing women’s employment rate, especially in the formal sector, may be the biggest challenge for the South African labour market in the coming years.

Social grants, in particular the child support grant, are important drivers of job quality for recipient mothers. By allowing mothers to search for alternative employment opportunities, an external source of income can actually lead to better jobs in the long term. Finding a job, especially a formal one, is expensive, both in terms of time and resources. With this in mind, social grants can serve two purposes. Grants provide mothers with some level of income while looking full-time for a job, which they may not be able to do otherwise. And grants can help cover part of the material costs, such as transport, involved in looking for a job.

Recent empirical research has shown that mothers who have received the child support grant have, on average, better quality jobs, than mothers who have never had this grant. They are more likely to have entered the formal sector and be earning higher wages. This seems to be especially true of single mothers, who are the most vulnerable to material constraints during the job search.

Most importantly, these improvements appear to be long lasting, meaning that they persist even after the grant has stopped.

Increasing both the quantity and quality of jobs will require a shift that goes beyond welfare grants. But by compensating for some of the disadvantages these women face in the labour market, the child support grant is a key part of the solution.

Tondini is a PhD candidate at the Paris School of Economics and a PODER fellow at the University of Cape Town, in the Southern Africa Labour and Development Research Unit. This article is based on his paper The Impact of Unconditional Cash Transfers on Informality: Evidence from South Africa’s Child Support Grant.  You can contact him via email: [email protected].