It will be easier for workers to get representation 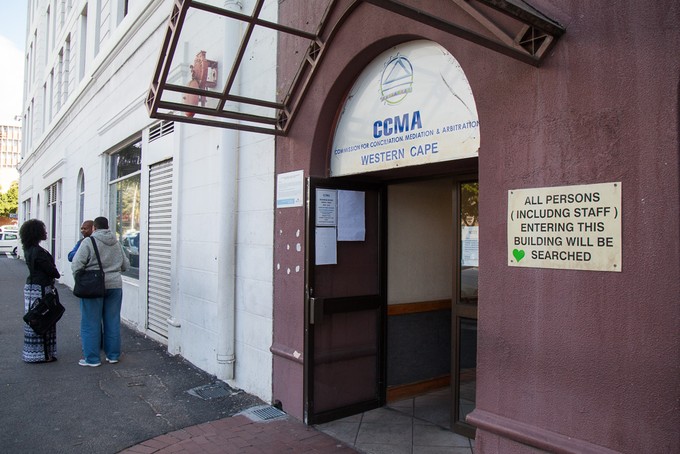 After a lengthy court battle in the Johannesburg Labour Court with the Commission for Conciliation, Mediation and Arbitration (CCMA) and the Minister of Labour, the Casual Workers Advice Office (CWAO) and the Black Sash have scored a victory in getting representation to non-unionised workers at the CCMA.

The application, filed earlier this year, challenged rule 25 of the CCMA. The rule only allowed office bearers, officials or members of a registered trade union or legal representatives to represent workers in arbitration proceedings at the CCMA. Directors of companies, employees of companies and members of close corporations could also act as representatives of certain parties.

This meant that non-unionised workers who did not have officials to represent them and could not afford legal fees did not have access to arbitration at the CCMA..

As the CWAO pointed out in court papers, only 27% of employees are unionised and afforded avenues to representation by the CCMA rules. As a result, many non-unionised workers approach community advice offices such as the CWAO for legal advice. Many are farm and domestic workers, often unfairly dismissed or facing unfair labour practices which should be brought before the CCMA.

Parliament has been working to protect fixed-term and part-time workers as well as those employed through labour brokers by passing amendments to the Labour Relations Act (LRA). These amendments provide vulnerable workers with rights equivalent to permanent employees. However, employers have been slow to realise these rights which has given rise to many disputes.

The CWAO assisted more than 6,500 workers with disputes about these amendments. Many of these disputes concerned hundreds of workers of a single employer, subjected to the same unfair working conditions.

Under the previous interpretation of rule 25, most non-unionised workers were essentially left to fend for themselves unless they could afford expensive legal representation. The nature of the complaints being filed would have made justice accessible if the workers had been permitted to pool their resources and collectively obtain representation. However, due to the rule, large numbers of claimants had to try to obtain representation individually and the increasing flood of claims made finding pro bono assistance increasingly difficult.

The CWAO, the Black Sash and Maokeng Advice & Resource Centre then filed an application, challenging rule 25.  The applicants requested that the court correct the order to allow people before the CCMA to be represented by registered community advice offices, fellow-employees, fellow-parties to disputes as well as any other person if procedurally fair.

The parties reached a settlement of court. The court confirmed that a proper interpretation of rule 25 allows a commission to authorise representation of any party by another person, if good cause is shown.

In addition, the CCMA was ordered to provide guidance on how the commissioner’s discretion ought to be exercised. This guidance must include specific provisions for representation by community advice offices.

The CCMA has complied with this. It has filed what is called a practice directive that says a commissioner may depart from the rules if this departure is necessary to achieve the objectives of the LRA including condoning non-compliance with rule 25.

As the practice directive stands, if a person other than those listed in rule 25 wishes to be a representative, the party seeking the representation must make an application to the commissioner. This application must comply with the formal requirements outlined in the CCMA rules including giving the other parties notice and being supported by an affidavit.

The practice directive also says that employees do not have an automatic right to be represented by community advice offices. Instead, the employee will need to show good cause to justify being represented by the office. The directive mentions that this representation may be appropriate in “complex matters”.

These additional requirements are potentially unfair, particularly since unionised workers are automatically granted the right to be represented by their union office bearers and members. The fact that the directive imposes additional requirements on non-unionised workers seems to be in conflict with the initial statement that the commissioners should favour substance over form.

The CWOA has confirmed that it is negotiating portions of the practice directive with the CCMA.