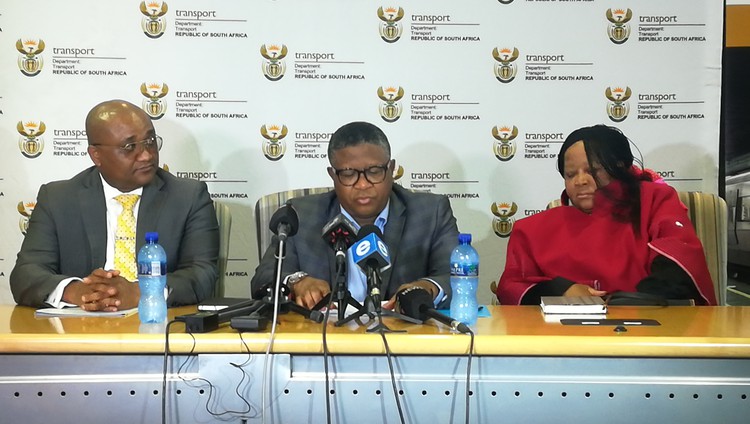 Minister of Transport Fikile Mbalula’s decision to dissolve the interim board at the struggling Passenger Rail Agency of South Africa (PRASA) and place it under administration has been welcomed by a union and commuter groups.

PRASA will be managed by an external administrator for 12 months, Mbalula announced at a press briefing at the PRASA offices in central Johannesburg on Monday. The administrator will be in charge of ensuring that PRASA operates effectively and a turnaround strategy is implemented quickly.

Mbalula said after conducting reviews of the performance of the board and PRASA as a whole he had come to the conclusion that it was more urgent to “stabilise operational performance” than to appoint a permanent board.

Mbalula said a report by the government Technical Advisory Centre also highlighted the dysfunctionality of PRASA and lack of compliance with financial regulations “that warrant immediate action and intervention”.

“Based on this report and other considerations, we arrived at a conclusion that PRASA has deep-rooted challenges that require decisive interventions at leadership and management levels. Merely replacing an interim board with a permanent board will not address the deep-rooted fault lines at PRASA,” said Mbalula.

He has appointed Bongisizwe Mpondo as the administrator with immediate effect. Mpondo’s task will include addressing problems identified in the 2018-2019 Auditor-General report and ensuring that there are no repeat findings.

He will also be expected to improve operational performance, expedite the modernisation programme with focus on fencing, signalling, platforms, bridges and station upgrades, security interventions, establish supplier panels through competitive bidding, ensure there are effective consequences for poor performance, provide support to investigations which are underway and undertake a review of PRASA’s business model.

In a statement, the United National Transport Union (UNTU) welcomed Mbalula’s decision to put PRASA under administration. General secretary Steve Harris said Mbalula had no alternative but to implement drastic measures and “commended him for his bold actions”.

He said the union would try to help ensure that the 14,000 jobs provided by PRASA were not affected.

Leslie van Minnen, founder of Rail Commuters Action Group, told GroundUp that he hoped placing PRASA under administration “would see the rot stopped and the incompetent removed from senior positions”.

Van Minnen said PRASA had seen many ministers of transport yet very little had changed for commuters. ‘Talk, talk and very little action,” he said.

He said the organisation would monitor the administration process closely and ensure that proper systems of tender procurement and financial management were in place.

“Accountability has to be 100 percent. We want to see that the thieves are investigated, fired and prosecuted. We most certainly want to see who is to be employed to replace incompetent officials,” he told GroundUp.

Zackie Achmat, from the organising secretariat at commuter activist group #UniteBehind, said: “Administration, business rescue, or similar steps might be the right step for PRASA which is in the depths of prolonged crisis.”

But he said #UniteBehind’s preferred solution would be for a national disaster to be declared for commuter rail. This would allow inter-governmental co-operation and release emergency resources, he said.

Achmat also claimed that the step to put PRASA under administration may not been taken lawfully — he said an Act of Parliament would be necessary — and #UniteBehind was taking legal advice on this.

“We are committed to working with the Minister to resolve this situation in the best interests of PRASA and public transport users,” said Achmat.

According to Mbalula, irregular expenditure was R23.4 billion in 2017/18, up from R4.1 billion two years earlier. There were four PRASA boards in the 2017/18 financial year.