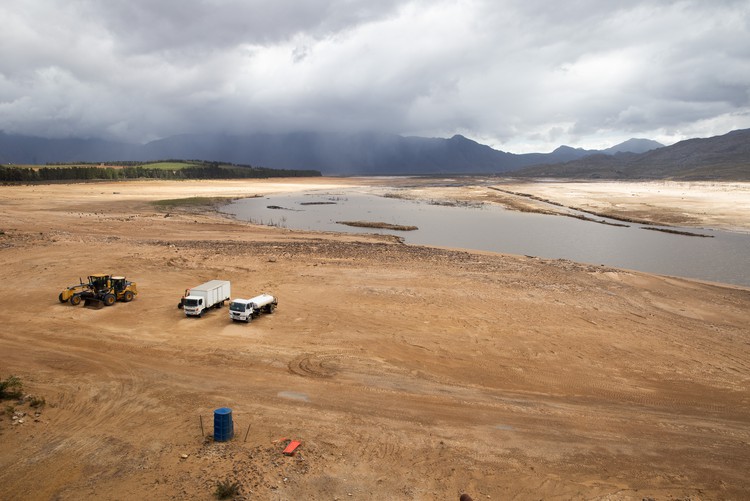 Theewaterskloof Dam during a severe drought in the Western Cape on 24 April 2018. Photo: Ashraf Hendricks

In the last couple of weeks the amount of water in the dams supplying Cape Town has overtaken the 2017 levels.

The City of Cape Town’s Water Dashboard shows that as of 28 May the dam levels are at 24% versus 19.8% in the same week in 2017. Also, the dam levels rose nearly three percentage points from last week’s 21.1%. This is a consequence of the recent rain and Capetonians using much less water. Last week the city used a mere 505 million litres of water per day. Compare this to last year, when on 29 May the City said, “Disappointingly, consumption remains at 666 million litres [daily], which is above the consumption target of 600 million litres.”

It is of course vital that Capetonians continue to use water frugally so that the dams can fill up and the risk of Day Zero can be avoided for at least a couple of years.