Cape Town parking marshals made to work through storm

“We are staying in shacks. We don’t know what is going to happen at home” 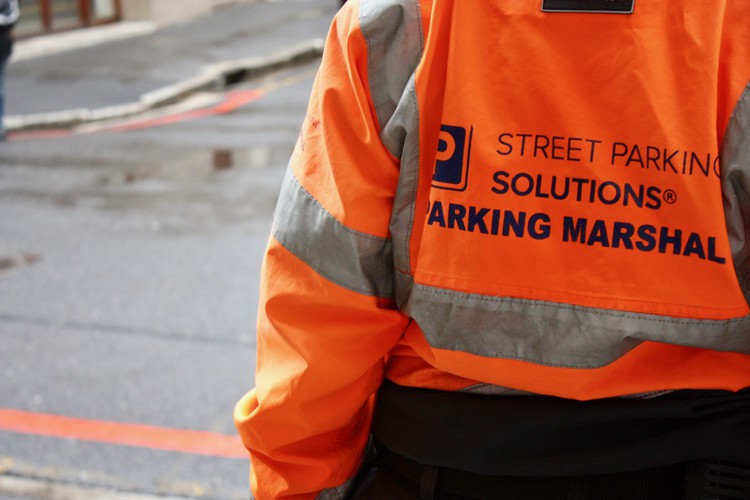 Despite an intense cold front with gale force winds, severe weather warnings and the closure of schools and universities, the City’s outsourced parking marshals have been required to report for work.

Nearly all the marshals GroundUp spoke to, and who all asked to remain anonymous, said they lived in informal settlements.

One parking marshall said work was not easy when it was cold and there was nowhere to shelter. She said on her way to work from Khayelitsha, her taxi passed broken power lines.

“We are staying in shacks. We don’t know what is going to happen [at home while we’re gone],” said a marshal who lives on her own. She woke up early this morning to pack up her things so they would not get wet.

A general manager for Street Parking Solution (SPS), which employs the Cape Town CBD parking marshals, said the company had tried to suspend services for the day due to the extreme weather, but City officials requested marshals report to work as normal. The manager did not want to be named.

He said: “It was our full intention to stop operations for the day. That’s what we would have wanted. I contacted my direct liaison with the City and I explained to them that we would likely have a problem … with people leaving their homes, especially people in informal settlements. They got back to me at about 4pm yesterday that they wanted everything to go as normal.”

“[The official] also said that if we do begin operations today and if there was a situation of anyone being endangered or any operations halts, then we would need to chat with one of three people at the city before making a decision,” said the manager.

The CBD was unusually empty this morning because of the storm, with lots of parking available.

“The City of Cape Town’s contract with SPS includes a force majeur clause in terms of which it is acceptable for SPS to fail to provide the service for reasons that are beyond its control. Force majeur is normally declared after the occurrence of an incident that prevented the service provider from executing their duties under the contract.

SPS approached the City yesterday, 6 June 2017, requesting that the force majeur clause be activated for today, 7 June 2017. The City has advised SPS to assess the situation this morning and determine if weather conditions would prevent them from delivering the service. Major disruption to public transport services preventing marshals from reaching work would also constitute a reason to declare force majeur. However, this cannot be predicted before the time.

Shortly before 8am this morning, 7 June 2017, SPS advised that approximately 50% of marshals had arrived for work and that the weather forecast indicated periodic rain throughout the day. SPS further indicated that they would deploy those marshals who were available with the necessary wet weather protection that is normal for a winter’s day. As at midday, approximately 115 marshals were deployed. SPS committed to monitor the situation throughout the day and to inform the City should they believe that the weather has deteriorated to such an extent that operations should not continue. The City will never unreasonably withhold support for such a decision.

Ace Parking Services, the City’s contractor in Strand and Somerset West, has ceased operations because wind conditions immediately adjacent the coastline are too severe. Numque 20CC, the City’s contractor in Sea Point, Claremont and Bellville, has closed certain parking precincts in Claremont and Bellville because some bays are obstructed by debris. They too are monitoring the local situations in the interest of staff safety.”

This article was updated with the City’s comment after publication.