Please give me a chance, says Bheki Cele in response to residents’ attacks 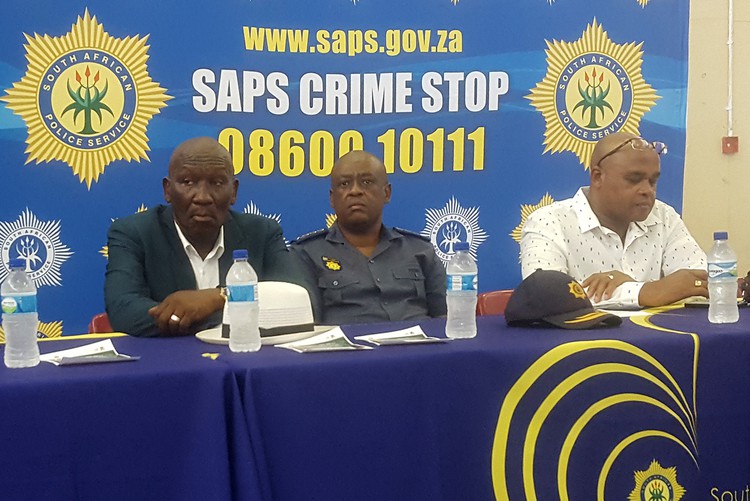 In a question-and-answer session at the Bonteheuwel Multipurpose Centre, residents of Bonteheuwel, Bishop Lavis and Valhalla Park complained that Cele had come after three “gangsters” had lost their lives. During the festive season when “innocent people were dying”, they said, he had not been seen.

Bonteheuwel resident Graham Siebritz said “We did not have a holiday in December. We were busy trying to fix our community. It is clear to us that coloured lives don’t matter. Our children are dying. We have memorial services on a daily basis.”

Mike Hofmeester from Bishop Lavis, who is a member of the Bishop Lavis Development Forum, said there were shootings every day in the area. He said parts of Bishop Lavis did not have working streetlights.

“This morning you visited a known enemy in Bonteheuwel, a gangster,” she said to Cele. “Had you communicated with residents, you would have known where to go and where not to go.”

Cele acknowledged residents’ frustrations and said he accepted the need for better communication between police and residents. But, he said, he had not visited a gangster, he had visited a crime scene. He urged the residents to come up with a date for a proposed “working class summit” to discuss ways to address crime, violence, poverty and inequality.

“The are so many issues that need to be addressed and some of the issues are not for police. For example, while doing the walkabout, I saw a big group of children walking around. I asked them why they are not in school, and they said because the schools are full. These children get recruited by gangsters. So we also need the help of the education department.

Last year there were protests against crime in several Cape Flats communities, with marchers closing off roads and shutting down their suburbs.