Campaign to disinvest in fossil fuels kicks off in Cape Town 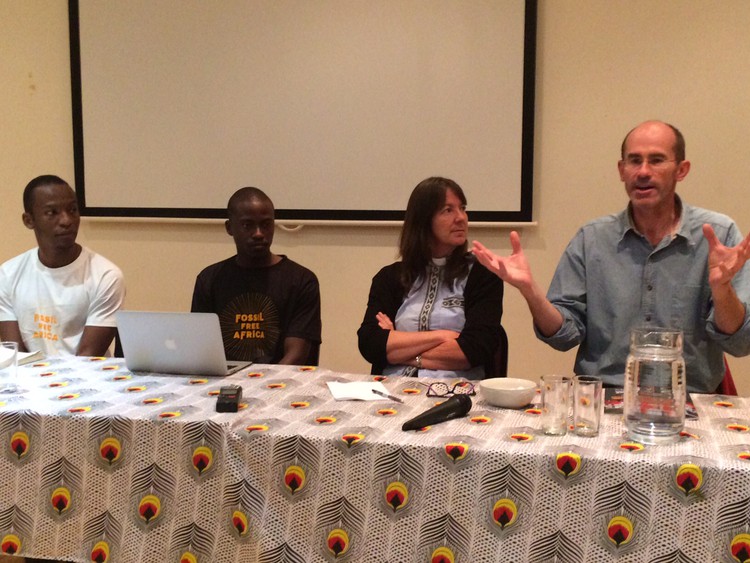 Climate change campaigners have launched a fossil fuel disinvestment campaign in a bid to get South African cities, pensions funds and institutions to extract their investments from coal, oil and gas.

Fossil Free South Africa and 350Africa, local branches of international NGOs founded to fight global climate change, are targeting the City of Cape Town in the start of their campaign.

Ahmed Mokgopo of 350Africa said the local campaign was part of an international movement which had resulted in 700 institutions, mainly in the US, Europe and Australia, making commitments to disinvest a total of $5 trillion from fossil fuel companies.

Mokgopo said in some ways the City of Cape Town was progressive about tackling climate change. It had good climate change policies and was the first city in Africa to publish regular state of the climate reports. “So it doesn’t make sense for the City to continue to support a fossil fuel industry which perpetuates climate change,” Mokgopo said.

The campaigners will ask the City to disclose the total value of its investments in fossil fuels and to make a commitment to disinvesting from fossil fuel companies. Under the Municipal Finances Act, cities had a fiduciary duty to ensure that its monies were spent in the best interest of the people. Investing in fossil fuels, that were the major cause of climate change, was not fulfilling this duty.

“We are trying to get every Capetonians to push their councilors to get this motion through council,” Mokgopo said.

David le Page of Fossil Free South Africa said at the launch that although nations had committed to cut their carbon emissions at the last climate change talks in order to keep the average global temperature rise to below two degrees centigrade, if all these commitments were added up, it was still not enough to keep the temperature increase below this target.

“These current commitments are way too little. They will still probably take us to 3.5 degress centigrade by 2100. Climate change impacts are already here. It’s not a future threat, but a present problem. With this current problem you would think government subsidies would go to renewable energy, but the bulk of government subsidies still go to fossil fuel,” Le Page said.

The aims of the disinvestment campaign were to put pressure on the fossil fuel industry and on governments, through legislation, to “leave fossil fuel in the ground” and to pressure fuel companies to change to low carbon technologies.

Le Page said one of the problems in South Africa was that ordinary people who wished to disinvest from fossil fuel companies had no form of alternative ethical investment available to them, as people did in the US and Europe. Fossil Free SA was trying to change that. As a start Le Page had set up a meeting this week with asset managers to tackle this. “There are some very smart people working in the investment world, who will be working on this.”

The reverend Rachel Mash, environmental coordinator of the Anglican Church of Southern Africa, said given the devastating impacts of global climate change that were already happening, and given that the world’s poor were being hardest hit, it was no longer ethical or moral to make a profit out of fossil fuels.

The Anglican synod had therefore taken a decision that the church would disinvest from fossil fuels.

However, she said the campaign to disinvest must go hand in hand with a “just transition” from the high carbon to the low carbon economy. “If they lose coal jobs, what will happen? We need to look at that.” There were many jobs that could be developed in the renewable energy industry.

Andile Mngoma of the UCT branch of Fossil Free SA said there was a lot of frustration at the slow rate of change. “So it is easy to just sit back in this consumer society and let the problem be someone else’s. But we have been put in this room and we need to be here. Transformation is happening,” Mngoma said.