Call for UCT fees to be frozen 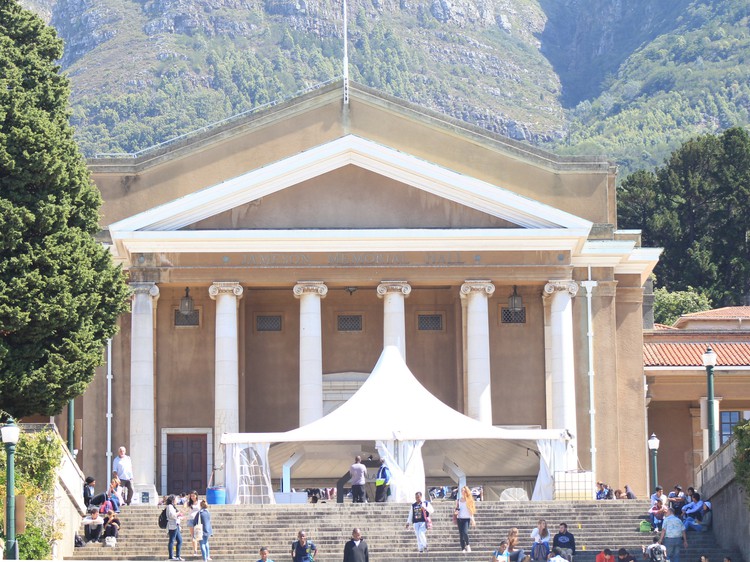 On Tuesday over 1,000 University of Cape Town students gathered in Jameson Hall to meet about the proposed increase in UCT fees for 2018. Outgoing members of the SRC demanded that the UCT announce a 0% fee increase immediately.

The SRC members said UCT intended to raise fees by 8-10% for 2018 and they had learned of this in a meeting with UCT management. They also condemned fee increases at Stellenbosch University and the University of the Free State.

But UCT spokesperson Elijah Moholola said the university had made no decision yet about fee increases next year.

In their statement, the outgoing members of the SRC called for:

Outgoing SRC member and Fees Must Fall activist Masixole told the crowd: “We want free education for all now.” Mlandu said making education free only for the poor could be used to restrict access to education.

Before the meeting, SAPS stationed police officers on the UCT campus. UCT management said it had not called SAPS or requested police presence on campus.

Moholola said a group of students had disrupted classes after the meeting. Evacuation alarms were set off, and buildings were evacuated, he said. “The group then made its way to the library, which was evacuated and is now closed. Campus Protection Services are monitoring the situation”.

“The university is deeply concerned that the group of protesters have decided to take this action.”

“The UCT executive has had multiple discussions with the student leadership and … we have made it clear that we have made no decision yet about fee increases for next year.”

Moholola said on Monday vice-chancellor Max Price, had written to President Jacob Zuma asking for the Fees Commission report to be released.

“Students are near the end of the academic term and are starting to prepare for exams. We urge the protesters to refrain from disrupting others who wish to continue with academic activities.”

A new UCT SRC was elected in October. It appeared to have no role in today’s events. Nine of the 15 candidates in the new SRC are members of the Democratic Alliance Students Organisation, including the five highest votes polled. There was a 25% poll for in the new SRC elections, the minimum required. By contrast the outgoing SRC was elected with an 18% poll in April, below the required minimum. Therefore the outgoing SRC is recognised as an interim one, with limited powers.