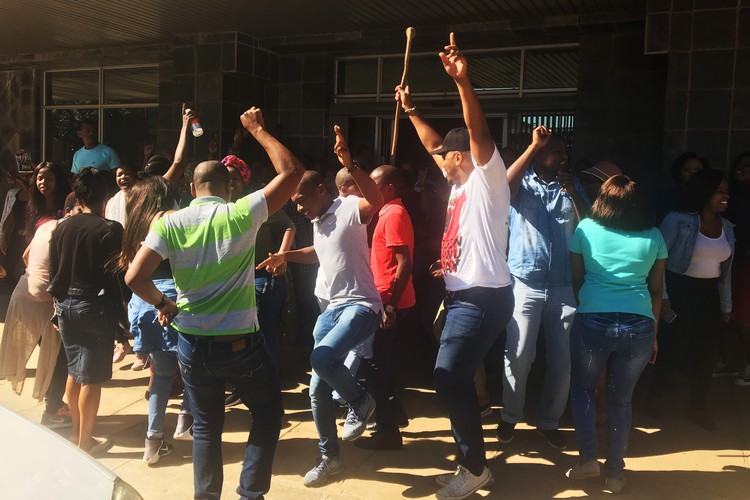 Workers at the KwaZulu-Natal Department of Health protested on Monday. They want the intervention team that was deployed by the office of the Premier and the provincial legislature five years ago to be dissolved and for the MEC for health Sibongiseni Dhlomo to intervene.

The intervention team was sent in to fix problems with tender processes.

Supply chain management employees picketed outside the head office at Capital Towers, Pietermaritzburg. A worker said that as a result of the intervention team no tenders had been issued this year and service delivery had been delayed.

“They are not helping in anyway … The team is not competent. They ask questions from us about the work they have to do. It means that these people know nothing about the work. They are a waste [of time]. Yet they are earning fat salaries,” said a worker.

Nehawu regional secretary Zamasile Giyani said workers had tried to address the matter with management but management had failed to resolve the issues.

The employees want an approved working structure to be implemented within two months.

“The department has made the working environment unbearable for the workers. Names such as ‘stupid’ and ‘deadwood’ have been used on workers. As the union we cannot accept that,” said Giyani.

“The aim is to call upon the MEC to intervene on these issues. We have staff who have been contract workers for more than seven years. Those workers must be employed permanently. There is no relationship between the intervention team and the staff. That is not acceptable. We are behind the downing of the tools by these workers. If their demands are not dealt with, mass protests will follow,” said Giyani.

“I’ve been a fixed contract worker for over five years,” said one of the workers. “All we want is permanent employment … They have outsourced consultants to do the work. It is a waste of the taxpayers’ money. They have spent millions paying consultants.”

Comment from the Department of Health will be added when it is received. On Monday morning spokesperson Agiza Hlongwane said he would direct the questions to the relevant people.