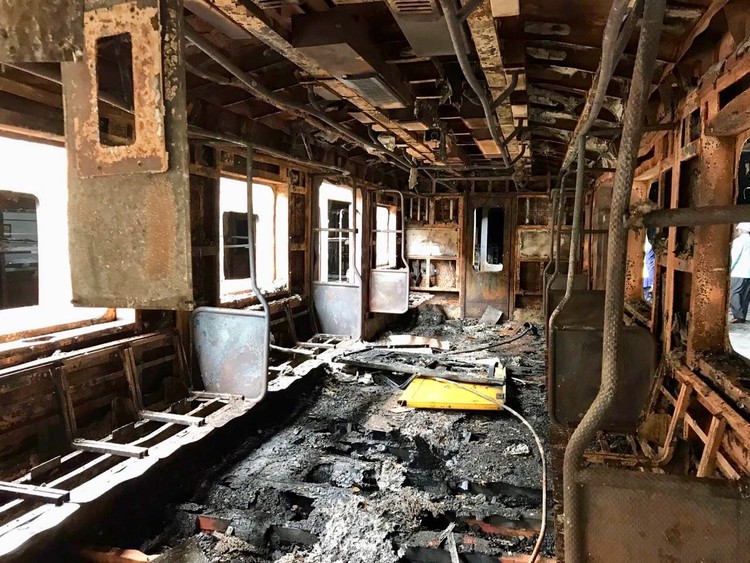 One of the burntMetrorail coaches at Cape Town station. Photo: Natalie Pertsovsky

“The Portfolio Committee is shocked and taken aback by the incident of last night,” said Leonard Ramatlakane, the acting chairperson of the committee.

He claimed that the power failures were a result of cable theft. “We can see clearly that there is a criminal effort that has crept into this,” said Ramatlakane.

After a closed meeting between committee members and PRASA (Passenger Rail Agency of South Africa, the owner of Metrorail) officials, which excluded the media, the portfolio committee inspected the damage.

Vodacom store manager Sagid Muhammad, whose shop was looted during the protest, said when he heard about the destruction he returned to work to find his store ransacked. “Police were here, but they were standing and not doing anything,” he said.

Ramatlakane appealed to communities to help with policing what he called “this criminal element that masquerades as commuters.”

He also made an appeal to commuters: “Metrorail is the only source of transport to move thousands and thousands of people from home to work everyday. Burning it is not a solution. It only creates and aggravates the problems of poor people who use this train.”

He added that a police investigation is underway to review security footage and prosecute perpetrators.