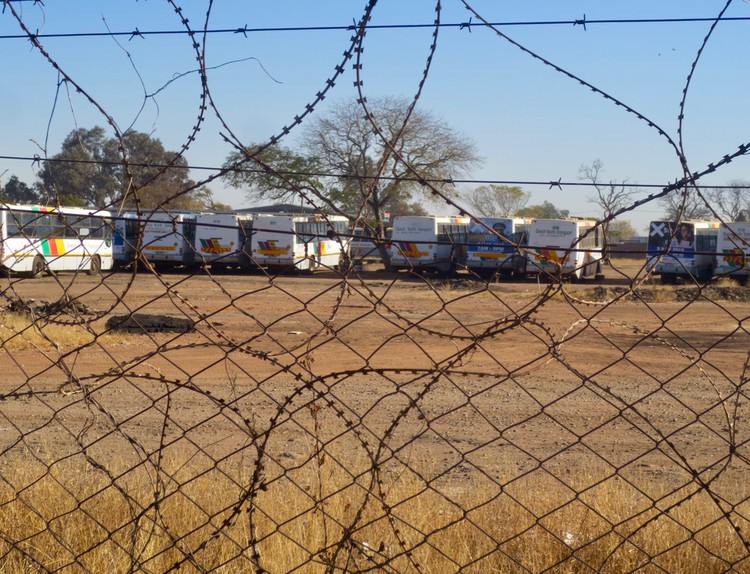 Hundreds of people who commute to Polokwane for work daily from the rural areas of Maja-Chuene and Lebowakgomo, say they are struggling to cover their monthly transport costs. This comes after reduced services by the Great North Transport (GNT) bus company. The only other means of transport are minibus taxis which have higher fares. A one-way journey by bus costs R16; by minibus taxi it is R35.

GNT had eight buses and subcontracted ten from the Kopano bus company. At the beginning of this year GNT withdrew five of its buses.

Dhineas Shivhambo, from Ga-Chuene, said he can only get the bus once a week. “The other days we have to walk 3km to get minibus taxis to Polokwane … From home to the nearest place I can get a minibus taxi. I pay R10; then I get another taxi to Polokwane for R25. I am a general worker and this affects my budget very much.”

Shivhambo has to get up at 4:30am. He walks with a friend to catch the taxi. “There are a lot of skollies in our area so am afraid to walk alone,” says Shivhambo.

Francy Mudhivha, from Maja village, who works at a shop in Polokwane, says: “I earn R2,900 a month. Per week my transport fare is R420 using minibus taxis, but when using GNT it is R96 … Really, I cannot cope. We are hoping GNT will subcontract more buses to operate in our area.”

Olivia Maponya, Executive Director of Kopano, said the number of buses subcontracted [by GNT] cannot match the demand. If GNT is willing to subcontract more Kopano buses, they are willing to assist the community, she said.

GroundUp tried for weeks to get a response from GNT as to why it cannot subcontract more buses.