“People come and wash their cars here while we suffer in my house,” says elderly resident 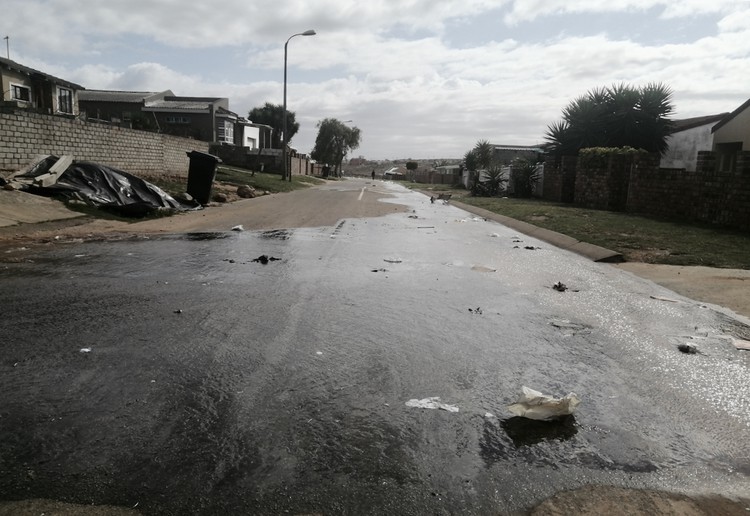 Water has been leaking from a burst pipe for three weeks in Extension 29, Bethelsdorp. Photos: Mkhuseli Sizani

Three weeks ago, the water supply pipe to the home of an elderly couple, Lorna and Glen Benjamin of Extension 29, Bethelsdorp, Port Elizabeth, burst.

“We reported this problem the same day it occurred. Everytime we call [Nelson Mandela Bay Municipality] we are given reference numbers and a promise that the workers will come and fix it,” says Lorna.

“We received two reference numbers, one for our water meter and another one for the burst pipe. A municipal official came here three times and told us not to worry because this is municipal water that gets wasted, it won’t effect our water account.”

“We asked him what about our living conditions? We have no water to drink, cook, bath and flush the toilet,” says Lorna. “For cooking and bath we go to this broken pipe and get water … People come and wash their cars here while we suffer in my house.”

“What else must we do in order for the municipality to come and fix this broken water pipe?” asks Lorna.

Spokesperson for the mayor George Geleba said, “The burst water pipe has been reported and I’ll further escalate it to the water team for urgent attention. However, we urge residents to also follow up with their queries on our operational line.” 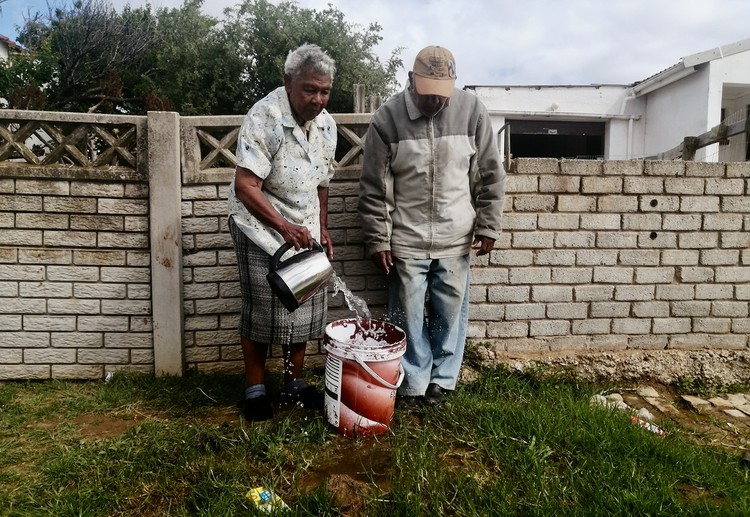 Lorna and Glen Benjamin boil water which they collect from a burst pipe to drink.