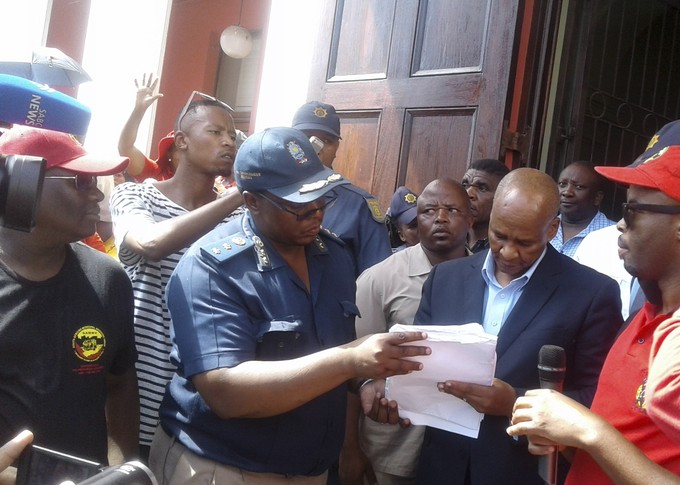 The workers want back pay dated to 2011 when Buffalo City became a metro.

Workers claim that in some areas they are not given protective equipment.

They also want the removal of the electronic attendance system which they say is costly for ratepayers, an end to the use of private companies by the municipality, and permanent jobs for temporary workers.

SAMWU Provincial Secretary Zolani Ndlela said city management had not responded to their demands since a meeting early in January. He said Buffalo City was a big municipality and could afford the increase.

Monalisa Ngxaki, who works as a rubbish collector, told GroundUp she did not have a protective mask.

“We tried to ask for the masks but we were told that we must be grateful for the job and if we do not want to work we can leave and the employer will hire other people,”said Ngxaki.

She said she and colleagues were afraid to ask too many questions for fear of losing their jobs.

“I have three kids depending on me and I’m getting paid less than R3,000 a month,” she said.

Another municipal worker who did not want to be named said she cleaned the streets and was paid R2,000 a month and that the municipality deducted money for a uniform from that amount.

“We just want a decent wage so we can afford to pay our bills,” she said.

Ndlela said municipal workers should not have to pay for water and electricity.

He said if the municipality did not respond to their demands within seven days, SAMWU would organise mass action.

A memorandum was handed to Buffalo City mayor Alfred Mtsi who promised to get back to SAMWU within seven days.