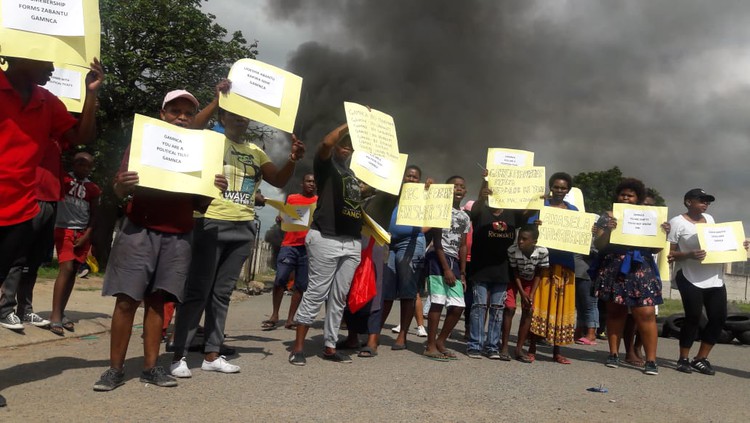 Residents from Ward 20 in Buffalo City Metro, Eastern Cape, closed the entrances to the NU6 and NU7 municipal buildings on Thursday. The group of about 80 protesters demanded that ousted ward councilor Nokuphumla Gamnca be prevented from working in the community.

Gamnca, an ANC councillor, was suspended in March pending an investigation into allegations of corruption and unlawful behaviour. He was replaced by former BCM engineering head Ncedo Kumbaca.

Last week Tuesday, residents burnt tyres in front of Gamnca’s offices, demanding that she leave. They claim that Gamnca is refusing to hand over the reigns to Kumbaca despite her suspension.