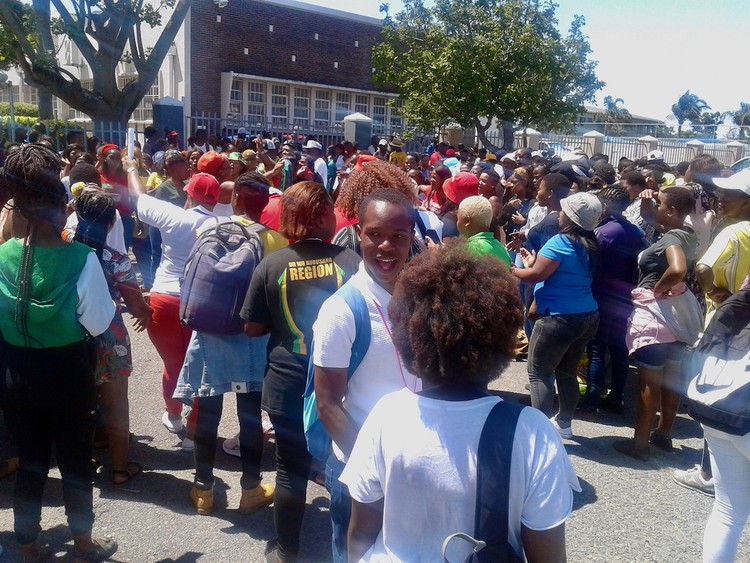 Buffalo City TVET College students in East London have vowed to continue with their boycott of classes until National Student Financial Aid Scheme (NSFAS) allowances are paid to all students approved by NSFAS.

According to students, since the college opened on 13 January, not a single student has received their allowances and they do not know when they will be paid.

The student protest has now entered the second week at the St Marks, John Knox and main campuses.

The college has offered R870 for accommodation and R700 for travel. Students have to choose one of these allowances.

Student leaders say students are now facing eviction or being evicted from their accommodtion because they cannot pay rent. Evicted students are now sleeping in the common rooms at student residences.

Asenathi Mantumantuma, a level 2 student from Nqamakhwe near Butterworth, said she lost her accommodation because she could not pay rent. The rent was R2,500 a month and she was sharing with two other students.

She said the college’s R870 allowance for accommodation would be enough, but after three weeks there still has been no payment.

After they were evicted, she had to find a family member to stay with in Berlin near King William’s Town and now she has to spend R50 a day on transport.

“Some days I do not come to school because I do not have money … If we are not getting money this week my grandparents will be forced to borrow money from a loan shark to pay for my accommodation,” she said.

South African Students Congress (SASCO) secretary Sindy Mbutho said there had been no response to a memorandum emailed to college management on 12 February. She said students felt they had no choice but to boycott classes.

“We demand payment for all students. Even if they start by paying the returning students, we will continue to boycott the classes until each and every student who is approved for NSFAS receives their money,” she said.

Singh said funded and approved recipients of NSFAS bursaries are being paid. He said there were cases of students who were previously funded for travel allowances but who had now applied for accommodation allowances.

When their addresses were verified they would be advised which allowance was the correct one for them to apply for.