Budget: Pensioners and children will be poorer

Social grant increases are below inflation 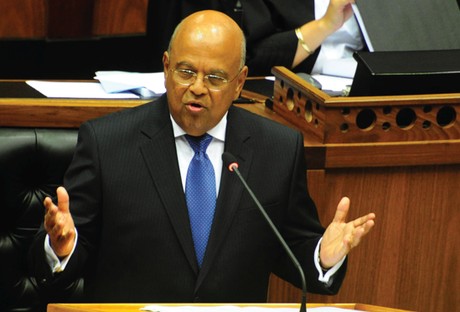 With more than one third of South Africa’s population dependent on social grants, Finance Minister Pravin Gordhan’s announcement that grants are not even going to keep pace with inflation is disappointing.

In his speech yesterday the Minister described the context as a “combination of multiple demands and constrained resources”.

He asked how the state should deal with such complexity and what should be prioritised.

One of the key state instruments to reduce extreme inequality and poverty remains the significant rollout of social grants and the strengthening of social security reform initiatives. We commend his stated intention to extend the social safety net. State allocations by government to those who rely on social grants in our nation, especially at this time, are utterly crucial.

We are disappointed that the increases made to these grants do not even keep pace with inflation. This was acknowledged by senior Treasury officials yesterday and we cannot endorse this decision.

Whilst we appreciate that the 2016 Budget was a fine balancing act in difficult times, we think that this decision will again affect persons in the lower income categories disproportionately.

As the table above shows,for instance, the older person’s grant goes up only 4.2% this year while inflation is running at 6.2% a year. Food inflation is even higher. This means recipients of the grant are actually getting poorer in terms of what they can buy with their money.

We should reject with contempt the practices of these financial service companies – including some insurance, credit, and funeral companies. The judgement in the Flemix case against those seeking unlawful emolument attachment orders against farmworkers, sadly revealed that even some in the legal fraternity (involved in debt collection agencies and loan companies), are guilty of these predatory practices.

Now working class families increasingly have to assist their aged parents, our disabled sisters and brothers affected by these disputed or fraudulent social grant deductions. This is over and above those fearing extortion by loan sharks. They have to stretch their already stretched own income.

Whilst this happens to one cohort of South Africans, another cohort, the wealthy owners of businesses, enrich themselves on these deductions. This practice not only erodes the gains made by the State, but also contributes to so much social tension and fuels inequality.

companies and individuals will finally stop these deductions and unacceptable practices from social grants.

On the revenue generation side, we welcome the decision not to raise VAT, which is an easy way to increase revenue collections. An increase in VAT would have had a seriously adverse effect on the already strained consumption patterns of lower income earners and the working class.

Much more could have been done to cut public spending. Appointed and

elected officials paid from public money could lead by example when calling for austerity measures themselves. A lot of public respect would have been gained if Ministers and the highest earning public servants took even a small cut in their salaries, as has happened in countries such as Brazil, Bolivia and Tanzania.

Paulus is National Advocacy Manager and spokesperson for Black Sash.