I’ve always been good with my hands, says “Robot Man” 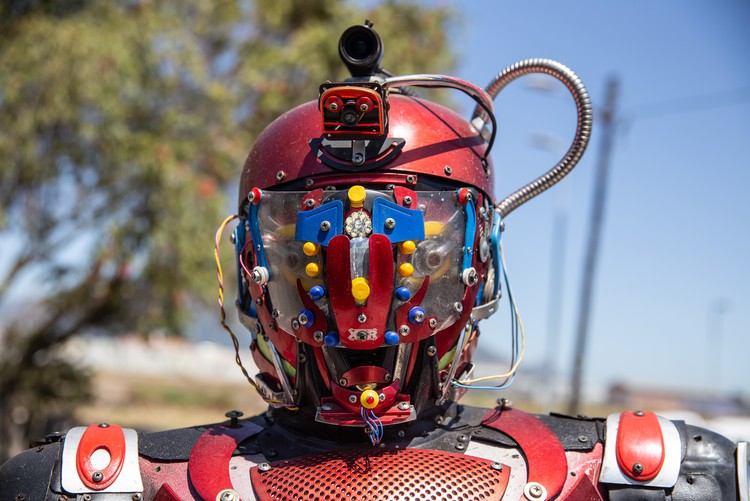 Bridgetown’s “Robot Man” sits at a little table outside his house filled with pieces of scrap from a nearby dump site.

Near him is his latest creation, Robot 5 (R5) which took about two months to build. Made from items like the straps from a child’s shoe, a piece of rubber, an empty lipstick container and bits of a car door, R5 stands tall and has lights in the eyes and chest.

Using his hands to build things has always been a passion, says 49-year-old Hoosain Dixon. 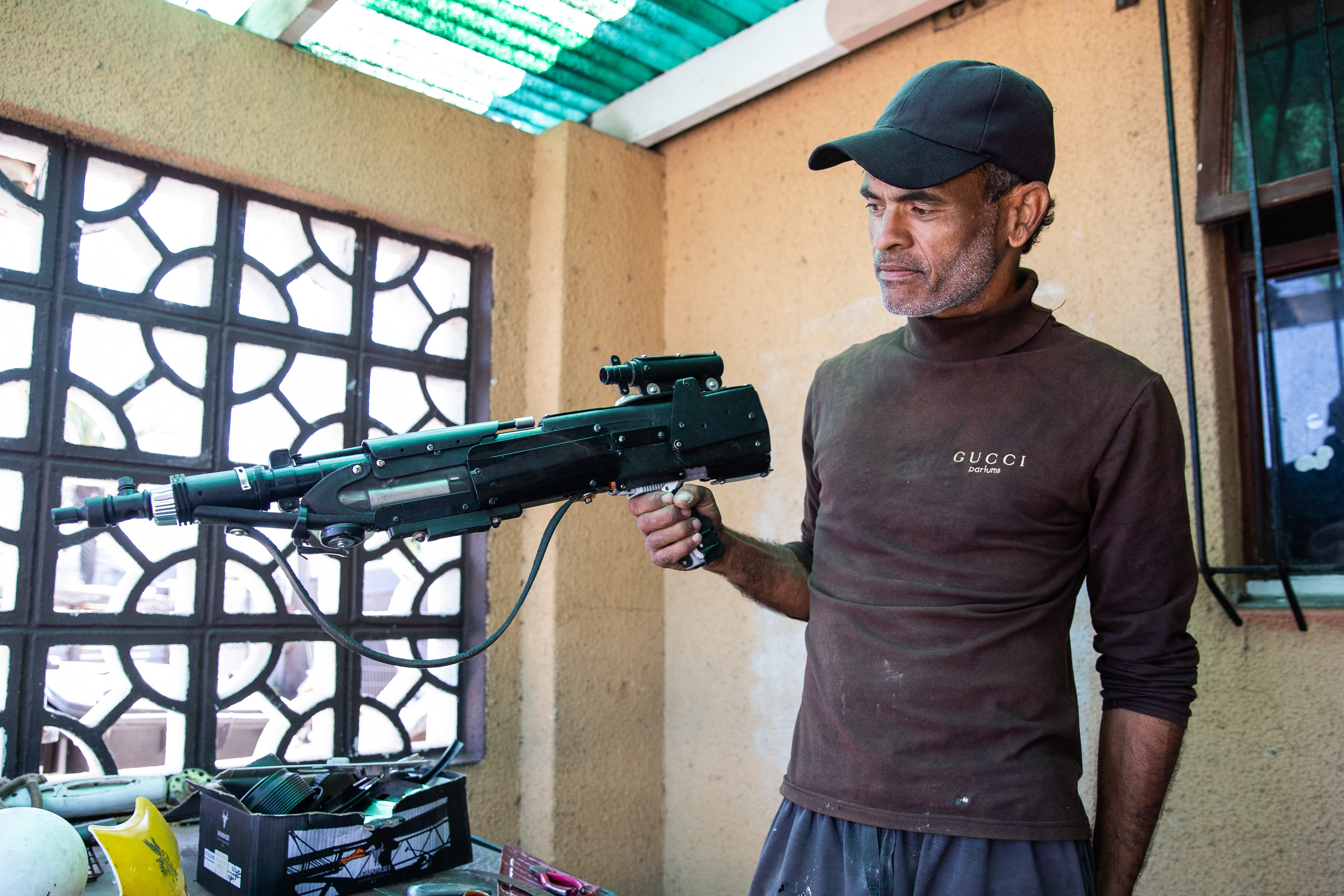 A father of three daughters, Dixon worked for 25 years in the hospitality industry but was laid off. He says he is currently unemployed and builds robots to keep him busy and make some money to support his family.

He says his dream would be to see his work in shows or exhibitions and to be able to give his robots some sort of movement, in the arms, legs or the whole body.

“As you can see, I have connected wiring to this robot which is why these tiny light bulbs work, but I am yet to connect something to make it move.” 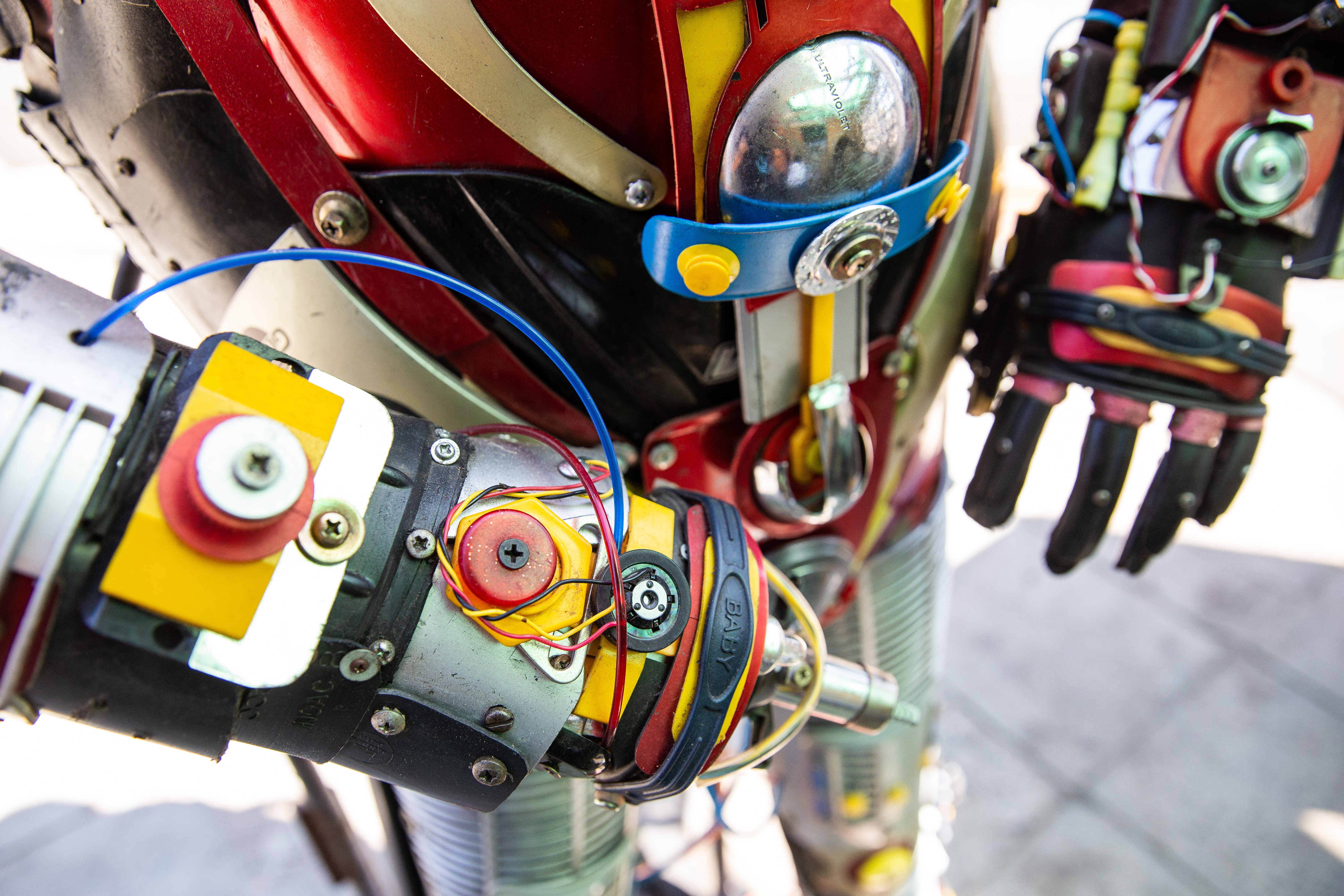 There are small lights on Robot 5. Photo: Ashraf Hendricks

Three or four times a week he walks around pushing R5 in a trolley around Bridgetown, Athlone and sometimes as far Mowbray. He says people come up to him and ask him about R5. But last year he was almost arrested wheeling a robot in a wheelbarrow at night. Police thought he was transporting a dead body.

He sometimes stands at shopping malls with the robot and charges people a fee of R5 or R10 to take photographs of themselves with it. He has managed to sell two robots already.

“There is a lot of crime here in this area by youngsters who are unemployed. I want them to see that you can do things to keep yourself busy that do not involve crime,” says Dixon. 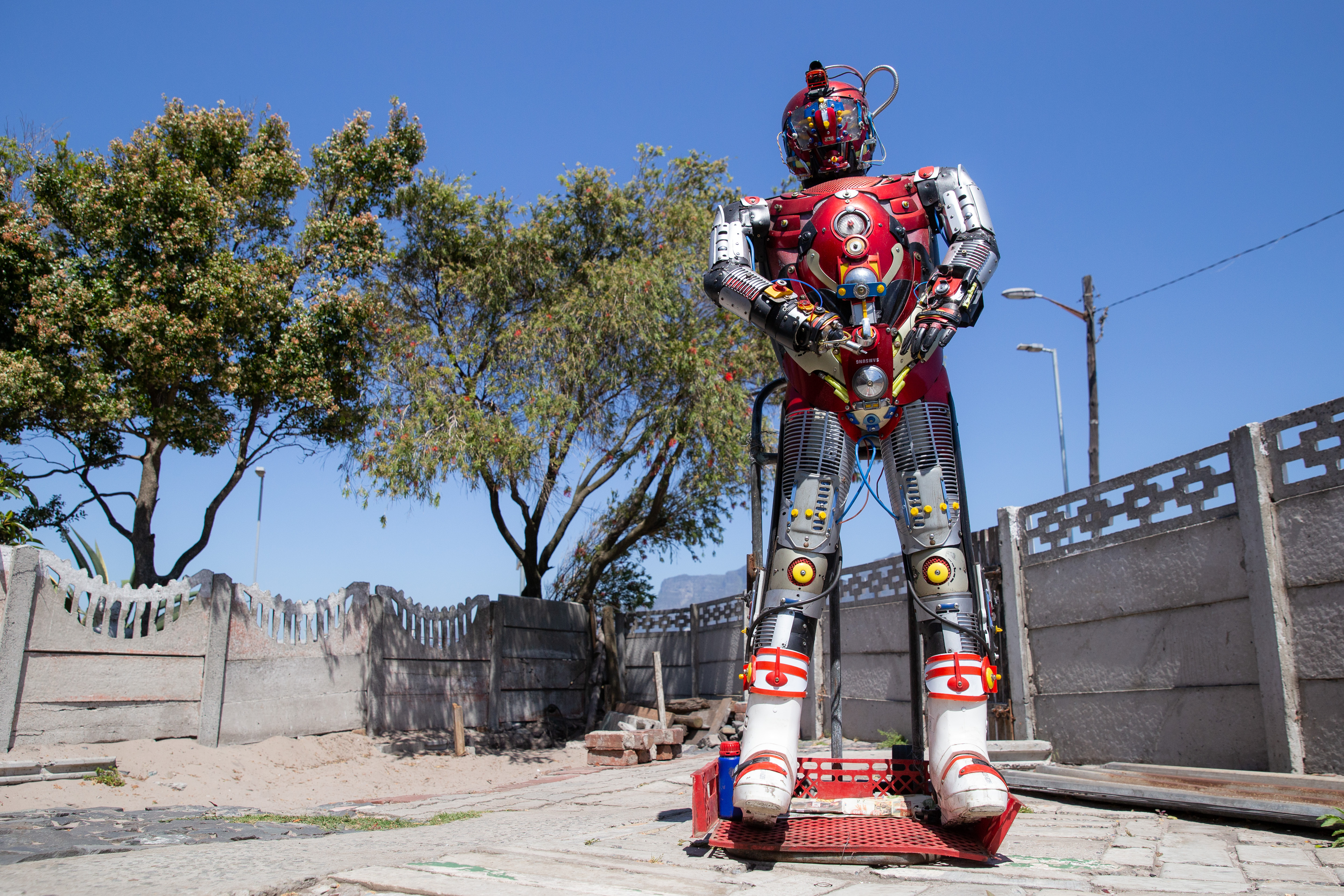