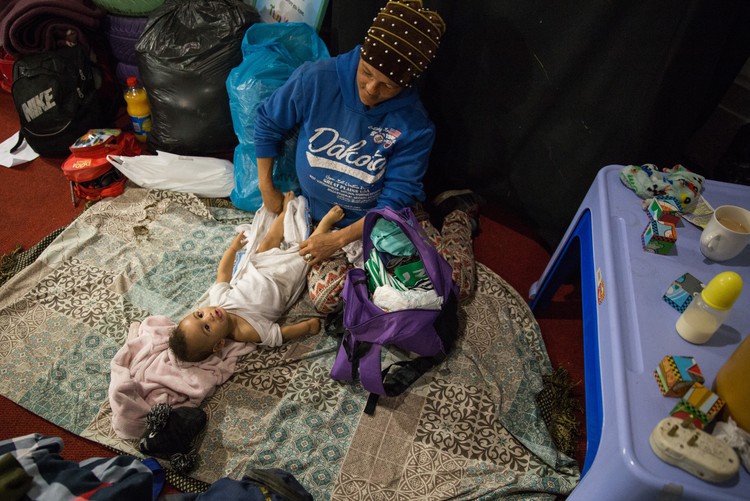 Washiela Baeers cleans her six-month-old son Waseem. Baeers has been a resident of Blikkiesdorp for ten years. She is now staying in the Central Methodist Church in Cape Town so that “I can sleep tonight”. Photos: Ashraf Hendricks

By Mary-Anne Gontsana and Ashraf Hendricks

Fearing for their lives, at least 22 people have moved from Blikkiesdorp and into the Central Methodist Mission Church in central Cape Town. This includes eight children, the youngest being six months old. Where they go to from here is uncertain.

Eight families were forced to vacate their structures in Blikkiesdorp on Wednesday evening, following threats made to them by other residents. The old Blikkiesdorp Joint Committee (BJC) members claim that there is an ongoing power struggle between black and coloured residents.

The families say they have received numerous threats from members of the newly formed BJC. One threat is that their structures would be burnt down with them inside. This was the push that has got them to leave Blikkiesdorp.

GroundUp watched as residents scrambled trying to find transport and spaces for the safekeeping of their belongings they could not take with. Residents could be seen helping each other move refrigerators and clothes.

Etienne Claasen is a member of the old BJC. He felt compelled to move out of Blikkiesdorp. “This whole thing started about a month and a half ago because of a rumour,” he said. “There has always been a problem of crime here, like house break-ins, people being robbed. There have always been gangsters. But then a rumour started; I don’t know by who, that a coloured gangster raped a black woman. This led to the black residents retaliating and deciding that they would chase out the gangsters themselves, and they came to the conclusion that the gangsters here are coloured.”

Claasen said since then, there have been a lot of violent incidents, including people being beaten up, with many people including himself being targeted.

He says apart from the crime, there was also infighting over the future of the BJC and housing opportunities for residents of Blikkiesdorp.

“I have been a member of the BJC for the past five years. We have worked tirelessly to be part of the Airport Company of South Africa’s (ACSA) Symphony Way Development, which will see Blikkiesdorp residents being moved from here to there. Now, these new people want to come in and take all the credit for our hard work. But that will not happen, otherwise this whole development will not happen. We will not let it. Right now we are being threatened and chased out of our houses because these new BJC members want to bring in their relatives and friends from surrounding areas like Marikana informal settlement to occupy our structures,” said Claasen.

Another resident, Jane Roberts said they were at a loss about what to do. Even the ward councillor and the police were of no help, she claimed. “I live with my daughter and my two grandchildren aged three and ten. I don’t know what is going to happen with us. The police are not always going to be here to check on us and keep us safe.”

Ward councillor for ward 106, Xolani Ndongeni, said he was not aware of the families that had moved out of the area. But he said the conflict arising in Blikkiesdorp was due to housing and crime.

Ndongeni told GroundUp that on Saturday a house was set alight after it was petrol bombed by residents who were looking for an alleged drug dealer. He said 39 residents were displaced due to the fire which damaged other houses.

“As for the housing issue, residents have been waiting ten years to be moved from Blikkiesdorp and there is a new development on the cards from ACSA, but it is still in the planning phase,” he said.

Attempts to contact the people accused of chasing the residents out of Blikkiesdorp have so far been unsuccessful. 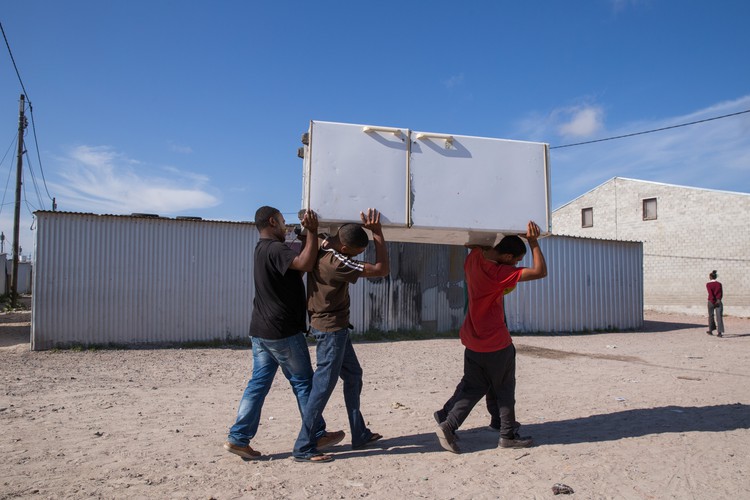 Residents try to store their furniture in nearby homes, because they fear it will be stolen after they leave Blikkiesdorp. 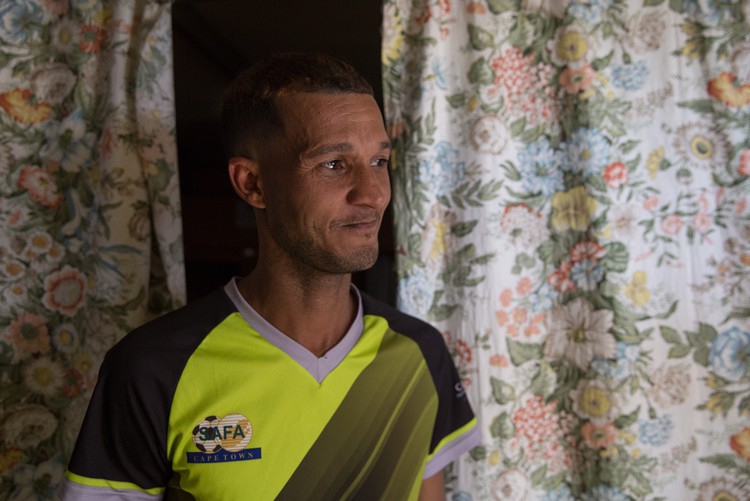 Etienne Claasen says that he was threatened and chased out of Blikkiesdorp. He is now staying at the Central Methodist Mission Church in the city centre. 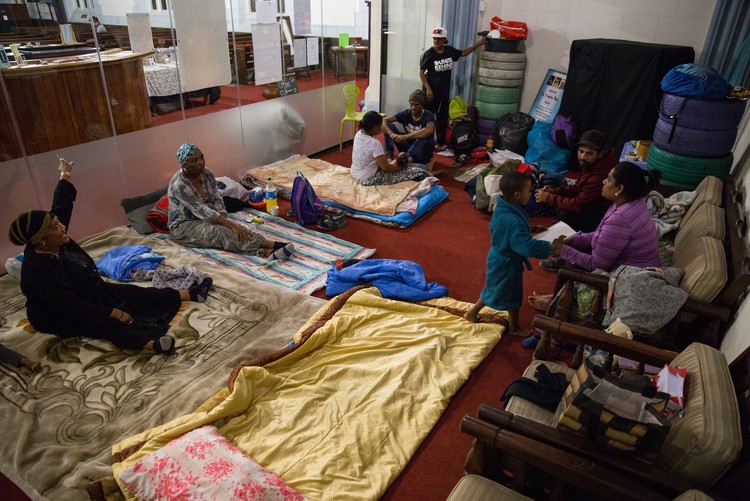 At least 14 adults and eight children spent Wednesday night at the church. How long they will be staying there is unclear. 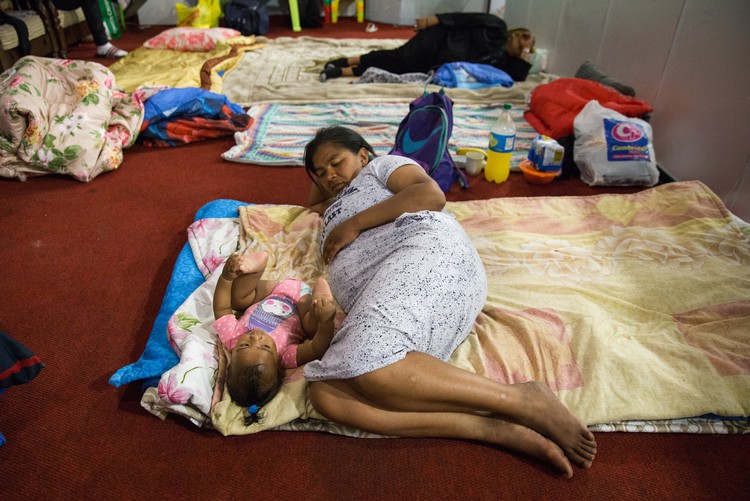 Rugshana Hartley sits with her six-month-old baby Naifah. Hartley says that staying at the church is “ok”, but “my heart is in Blikkiesdorp”. 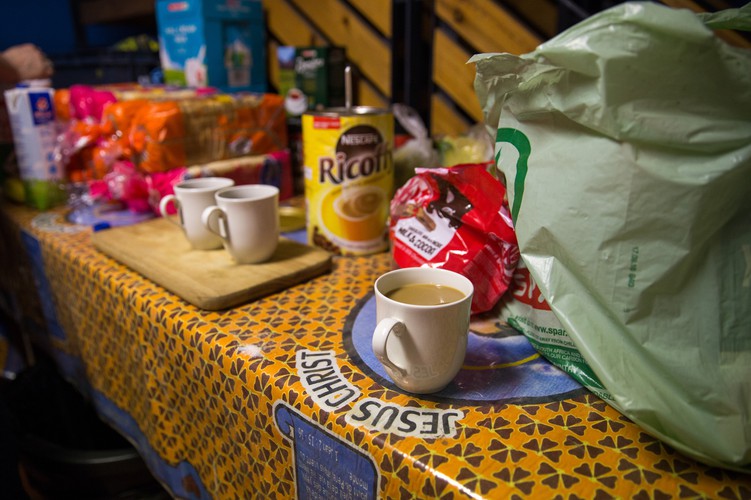 Coffee, bread, milk, chocolate and soup have been donated. 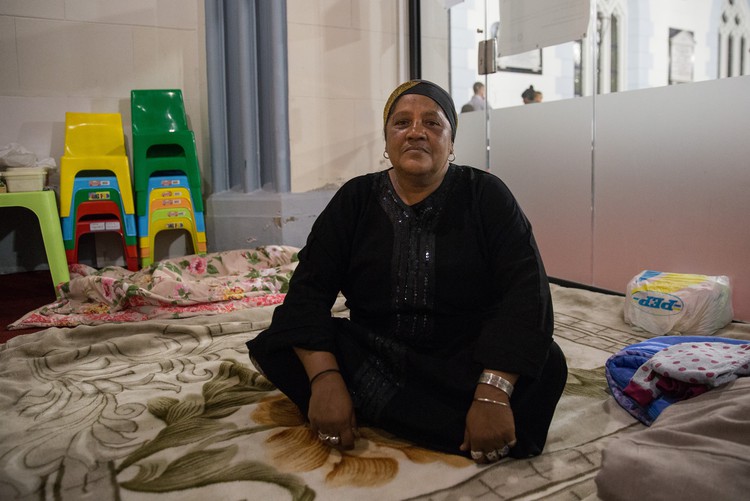 Badronessa Morris says that she was threatened so she left Blikkiesdorp. She says she was told that if she didn’t leave her home, it would be burnt down. 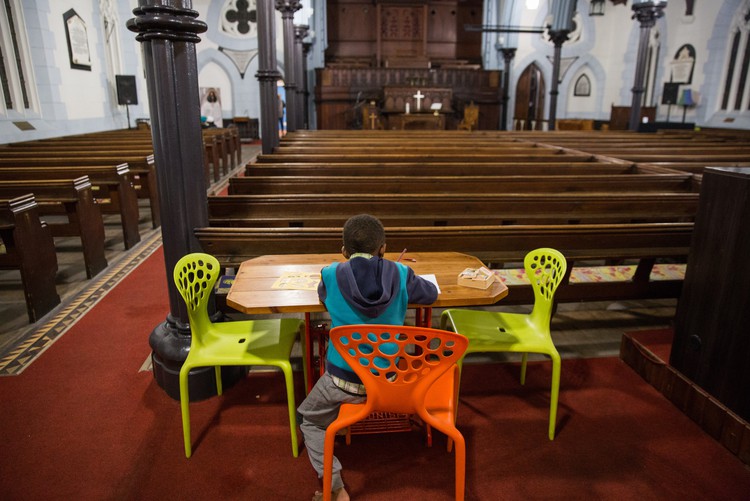 A child passes the time drawing in the church.