Judge rules that Black Administration Act marriages are, by default, in communion of property 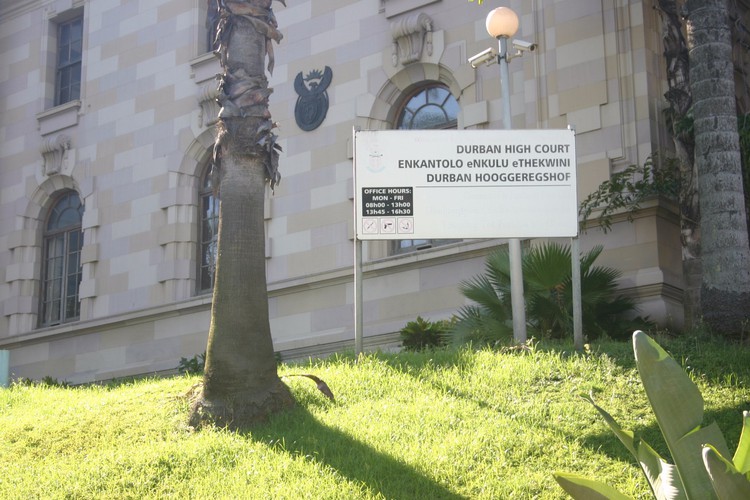 The Durban High Court has declared sections of the Matrimonial Property Act unconstitutional because they discriminate against black couples who got married before 1988. The judgment may benefit nearly 400,000 women. Photo: Nokulunga Majola

The Durban High Court has declared sections of the Matrimonial Property Act unconstitutional because they discriminate against black couples who got married before 1988. The judgment may benefit nearly 400,000 women whose dignity and financial circumstances were compromised by the legislation.

When a couple gets married, they may choose their property regime. Currently, for anyone who gets married, the default rule is that the marriage is in community of property. In these marriages the couple share all of their assets and liabilities. Neither spouse owns property separately.

When a marriage is out of community of property each spouse continues to own property separately.

If a couple does not want to get married in community of property they have to sign an antenuptial contract before getting married.

Although the default rule for any marriage now is in community of property there were some exceptions.

Marriages under some provisions of the now repealed Black Administration Act (BAA) function differently. These marriages are, by default, out of community of property. (There are some exceptions.)

In 1988, Parliament passed the Marriage and Matrimonial Property Amendment Act which repealed the default rule that BAA marriages are out of community of property. But, for couples who got married under the BAA before 1988, they had two years to change their marital regime by signing a contract. Both couples had to consent to changing the marital regime.

The facts of the case and the legal challenge

A legal challenge to the Matrimonial Property Act was instituted by AS. She is a 72-year old housewife from Pinetown, Kwa-Zulu Natal. The Commission on Gender for Gender Equality was a second applicant in the case.

AS and her husband, GS, married in terms of the BAA in December 1972.

Between 1972 and 1985 AS was a housewife. The judgment notes that she also ran a small business and devoted all of her earnings as well as her time to the welfare of the marriage’s children.

In 2000, AS and GS purchased a property which was registered in GS’s name. Over the next two years, their relationship broke down. Because of this GS wanted to sell the property.

AS approached a magistrate’s court to interdict GS, but she learnt that because she was married out of community of property, GS did not need her consent to sell their house. The Durban High Court noted that if the family home was sold, AS would be homeless.

AS did not want to divorce her husband because she is a devout Roman Catholic and divorce in her church is frowned upon. Therefore, she wanted the court to declare the provisions of the Marriage Property Act (MPA) unconstitutional because it forces black women who got married before 1988 to have marriages which are out of community of property.

Judge Mjabuliseni Madondo described how the MPA, the Marriage and Matrimonial Property Amendment Act and the BAA operate and confirmed that women in the position of AS were treated differently from all other women. The effect of this default rule is that black couples were not afforded the legal protection of couples of other races. This rule left black women in particular quite vulnerable, the judge said.

What had to be decided was whether the provisions amounted to unfair discrimination. The court found that the effect of the MPA is to make black women who married before 1988 vulnerable and reliant on the goodwill of their husbands who generally control the bulk of the wealth and resources. Also, marriages which are out of community of property make women vulnerable in multiple ways: her husband may sell the family home and leave her homeless or he could recklessly dispose of family assets or disinherit her and leave her with nothing.

AS argued that the amendments to the MPA do not assist women who cannot divorce their husbands and who cannot obtain their husbands’ consent to change the applicable marital regime. The court agreed that a woman who cannot divorce her husband for religious, financial or social reasons would continue to be discriminated against. Also, even if the woman could divorce her husband, it would still be up to the court to exercise its discretion to order an equitable redistribution.

The court found that the effect of the MPA is to demean black couples who got married before 1988 and divest them of the equal protection and benefit of the law by providing them less protection than all other couples. Black couples had suffered previous discrimination in the past and the MPA perpetuated that discrimination, the court said.

The court also found that the MPA is arbitrary and applies the law inconsistently.

The judge said the discrimination occurred on constitutionally listed grounds such as marital status, race and gender. It also discriminated on the basis of age. Because of power imbalances between husband and wife it is often difficult for the wife to obtain her husband’s consent to change the marital regime, the court said.

The judgment will now go to the Constitutional Court for confirmation of the order.