Both black and white elite must be held to account

While the elites debate race, poverty and inequality persist 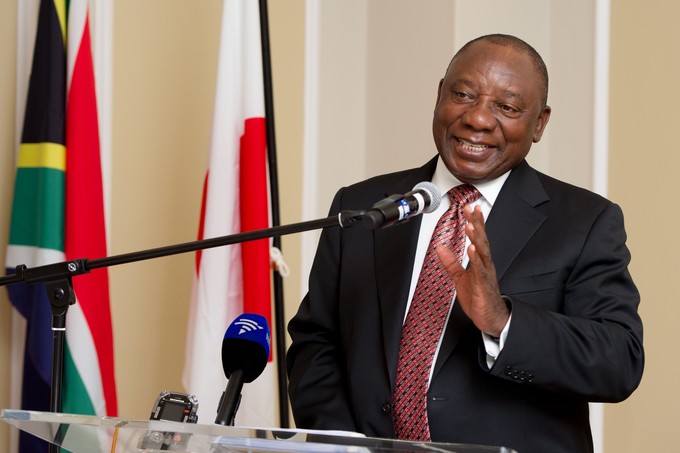 Race is one of the most dominant factors in South African politics. Race is an overwhelming part of the consciousness of most South Africans and it plays a vital role in understanding the political economy that controls and moulds our lives. Yet while the elite class, black and white, debate race, few ideas have come out of these debates for reducing inequality and improving the lives of most, especially black, South Africans.

To understand why race plays such an important factor in post-apartheid South Africa we have to discuss the system of white privilege that was created through colonialism. But bear with me as I shelve the issue of privilege. For now, I want to delve into ‘Blackness’ and what it means for the majority of black South Africans. Black lives have been seen as ‘cheap’ by those in power, and have been for hundreds of years. One need only look at the Sharpeville Massacre of 1960 to realise just how little black lives were worth to the white supremacist government.

Fast-forward to present day and we still see how little value the black skin carries. One would think that with a black head of state, an overwhelmingly black cabinet and a predominantly black parliament, that blacks would have seen an increased investment in their lives. While a large black middle class has been created, as well as an increase in social security, the majority of citizens are poor and live on the margins of our democracy.

The one area where we could have really strived to reverse the injustices was education, but we screwed that up. Under apartheid, black students were excluded from universities apart from a few exceptions. Flip back to today and with the Fees Must Fall campaign of last year we saw how young black students struggle to attend university because of the burden of exorbitant fees and debt. Surely the government has responsibility for these decisions, which have failed so many black school and university students?

Black unemployment and poverty because of a lack of education was one of the trademarks of the apartheid government. Yet in 2016, we still see profound poverty and there has been no improvement in unemployment. Something isn’t right. Something has gone horribly wrong. And so commentators across the country have been grappling with why it is that most blacks find that they are still struggling to thrive in South African society.

Steve Biko said, “Not only have they kicked the black but they have also told him how to react to the kick.” He was referring to the Progressive Party of the 1970’s who were quite happy to let blacks have the vote as long as they were the ‘right’ blacks. If you were an educated and proportionately wealthy black you could have the vote according to the white liberal Progressive Party. Biko was right to say that they were told how to react to the kick because the same thing is happening today but we have to ask ourselves who’s doing the kicking?

Whom does Black Economic Empowerment really benefit? Most people don’t really get to feel its effects. That’s because it was designed to benefit a new relatively small elite class of black people. This is where class becomes confused with colour. It’s easy to say there’s BEE, particularly at companies where a quota percentage of black ownership is enforced. However, this black ownership does not benefit the workers of the company. The shares and economic riches that come with this ownership go to a few people. Nowhere is this more prevalent than in the mining industry and there is no better example than the man who could very well be the next president: Cyril Ramaphosa.

When Duduzane Zuma resigned from his position at Oakbay he had this to say, “My history and background is no different from that of all previously disadvantaged black people”. While his history and background might share the same path, it is his class and newfound status that are travelling a separate path. Poverty carries a black face in South Africa. But he has traded on this to build himself enormous wealth. This position within the elite group has allowed him to justify his ‘blackness’ without consideration for his class.

From Zuma’s perspective it is then easy to say that BEE is working and that the previously disadvantaged are now getting what they rightly deserve. Biko’s ‘Black Consciousness’ might be needed now more than ever in order to understand the lunacy of the ruling class definition of blackness and the governments afflicted position. It is the top of the ‘black food chain’ that is complicit, with the support of many members of the white elite, in depriving wealth from the vast majority of mostly black people. It is the promotion of the notion of blackness versus whiteness that a new elite is depending upon for their own enrichment at the expense of ordinary people. When talking about the ruling class one has to recall the American comedian, George Carlin, “It’s a big club and you ain’t in it,” in other words you’re black but just not the ‘right’ black and therefore, you cannot join the club.

This is the sordid state of affairs we now find ourselves in. Race and class have been confused and it has meant that we have stumbled along for much of our 22 year democracy. We have lived under the illusion that the economic injustices of the previous regime would be reversed. However, power does what power does best and it corrupts even those with the noblest of intentions.

Let us not allow the elite to misuse blackness as a tool for their own financial reward with no thought whatsoever for those ‘beneath’ them.

Folb is a student journalist at the Cape Peninsula University of Technology.