Beerhouse losing customers because of sewage outflow from blocked drain

Tshikota residents complain that drains have not been fixed for years 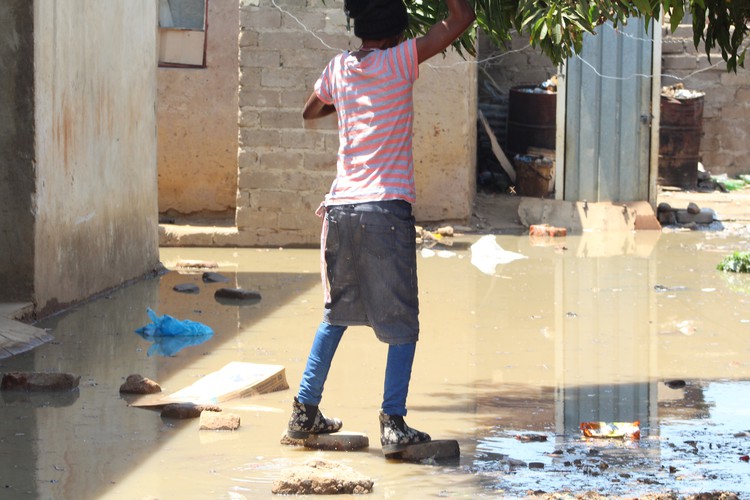 Ellis Tshililo and Calvin Phaswane of Tshikota in Limpopo, who make a living from selling umqombothi, are losing customers because of sewage flowing down the road from a blocked pipe .

“This is the only way I can put food on the table as me and my husband are not working,” says Tshililo. She says the sewage has been flowing out of the pipe for almost four years.

Attempts to report to the local councillor Martha Babadu bore no fruit, she says.

Lufuno Mbambale, who lives further down the road, says she also reported the problem to the councillor.

“The sewage has been flowing all over this yard for a time. I have reported several times to the councillor but no-one has come to fix the sewage,” says Mbambale.

Babadu told GroundUp she was “not allowed” to speak to the media and referred all questions to Vhembe municipality.

Moses Shivhambu from Vhembe Municipality said the municipality had noted the complaint and had dispatched a team of technicians on Wednesday to fix the sewage.

Mbambale, who is one of six tenants in the house, says the blocked drain affected her own toilet and she had to hire a private plumber last week to fix it.

Tshililo and Phaswane’s customers used to sit under four mango trees in the yard to drink their beer.

She says she used to get almost 50 customers when the beer was ready but with the outflow of sewage there are very few.

“The municipality is actually taking away food from me,” says Tshililo.

She has tried to dig a shallow tunnel to drain the sewage away from her house.