BASF workers on strike because of dispute over back pay 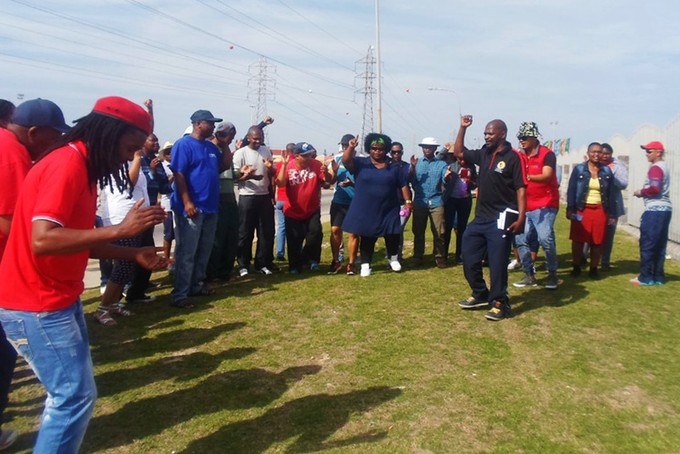 Workers at BASF’s chemical manufacturing company in Port Elizabeth are striking over non-payment of an annual salary increase. Workers are demanding back pay as per what they claim is an earlier agreement with the company.

Workers, led by the National Union of Metal Workers of South Africa (Numsa) downed tools on Wednesday after failing to reach an agreement with company management.

The strikers have been picketing and singing revolutionary songs outside of the company.

Numsa’s Luvuyo Pokomela said: “The company employs about 310 workers and 90% have joined the strike. The company agreed in January to increase our pay by 7% but did not honour that and promised to pay that in April. They then postponed to July. We need the whole amount from January to July. They have to pay us that back pay up to July.” A company statement however claims that 60% of employees are on strike.

Pokomela denied the company’s claim that the strike was unprotected. “The strike started on Wednesday after the required 48 hours notice had lapsed on Monday following a series of meetings with the employer. The union had no choice but to take the position as per the union general meeting of July that resolved to demand our back pay from management. “

Another Numsa shop stewart, Xolani Tywakadi said: “A letter of demand was sent to BASF by the union on 28 July. The employer only responded on 2nd August saying that our strike was illegal. They also said all decisions were done at the head office in Germany not in South Africa. They also said it was a global issue affecting many companies. ”

BASF spokesperson Linda Brown issued a press release in which she said “While BASF respects the right to strike, the company [regards] this strike as illegal and has applied for a court interdict to prevent continued action. … Contingency plans are in place to ensure that all production needs are met and that the impact on customers is minimised. “