Khayelitsha occupiers say they won’t back down 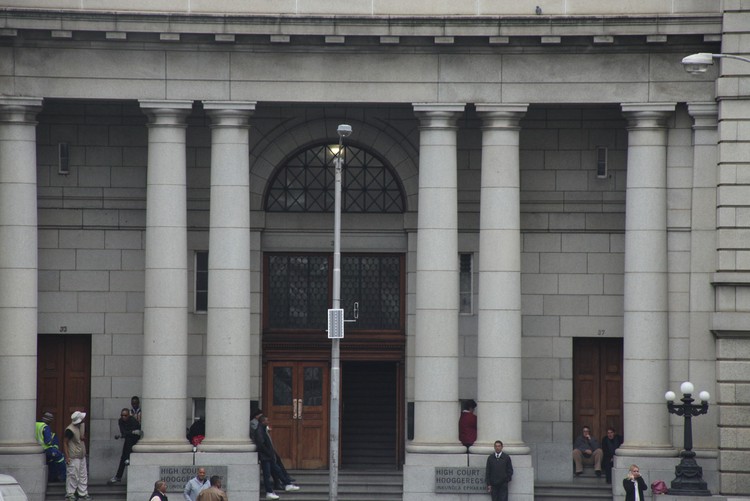 Backyarders from Khayelitsha’s Town Two, who have been occupying land next to the township’s magistrates’ court, say they will continue the occupation until they get houses of their own.

On Thursday night, GroundUp visited the area and found a small group of people huddled around two burning tyres to keep warm. Behind them, a shack had been erected a few weeks ago. On the ground around them lay material they had managed to claim back from the Anti-Land Invasion Unit (ALIU) storage site in Bellville.

Mabhelandile Twani said they were intending to erect more shacks on the land. “Housing is a crisis, up to the point where a large majority of us might not even get houses. But we will not stop. We will try all avenues until we realise that the only other option is to get up and fight.”

“Without fighting, you will never get anything. It’s even worse in South Africa. If you want housing, for better schools or better services, you have to protest to get attention and answers. That is the only message that is understood, which is why we [who are] here have told ourselves, if needs be, we will fight,” he said.

Twani said after the killing of community leader Mthunzi “Ras” Zuma, there was a lack of trust among residents. “We don’t trust each other. We don’t trust any political parties. We do not trust any community organisations. And we refuse to move to any temporary structures.”

The matter is now in court where a draft order between the City of Cape Town and those occupying the land states that the interim interdict issued by the City on 20 May stands until the resolution of the matter. It is due back in court on 23 October.

Anda Ntsodo, the Mayoral Committee Member for Area East, said the draft court order interdicts any person from taking up illegal occupation on this land, and their structures would be demolished if they do.