No progress for the “rainbow nation” without redress, says artist

In Things we lost in the Rainbow, artist Athi-Patra Ruga tries to reclaim the spaces from which he and many others have been historically exiled 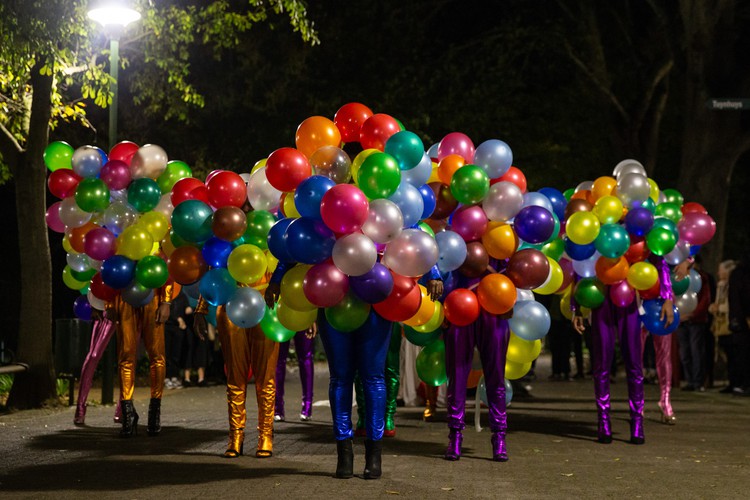 Performers take part in Athi-Patra Rugas’ “Things We Lost in the Rainbow”.

On a Monday evening earlier this month as part of the Live Arts Festival 2018, the Athi-Patra Studio took Capetonians on a two-hour procession with 35 performers through the city’s colonial origins. Using performance installations and psychedelic costumes, artist Athi-Patra Ruga was out to challenge the dominant narrative of South African history.

“I jog a lot and one of the most dramatic things is bumping into these genocidal maniacs that give you PTSD,” Ruga said, referring to the statues that commemorate colonial figures scattered around the city. “In essence, my work is about trauma,” Ruga told GroundUp.

Titled Things we lost in the Rainbow, the performance aimed at reclaiming spaces in the city. Ruga explained that the title refers to how South Africa’s collective trauma has not been adequately addressed in the past 24 years of democracy.

“Not much has changed over the rainbow. I’m dealing with the arc … the arc of the rainbow nation. A big part of Ubuntu has been lost. We haven’t been able to address forgiveness,” said Ruga. “There cannot be any progress until redress has happened.” 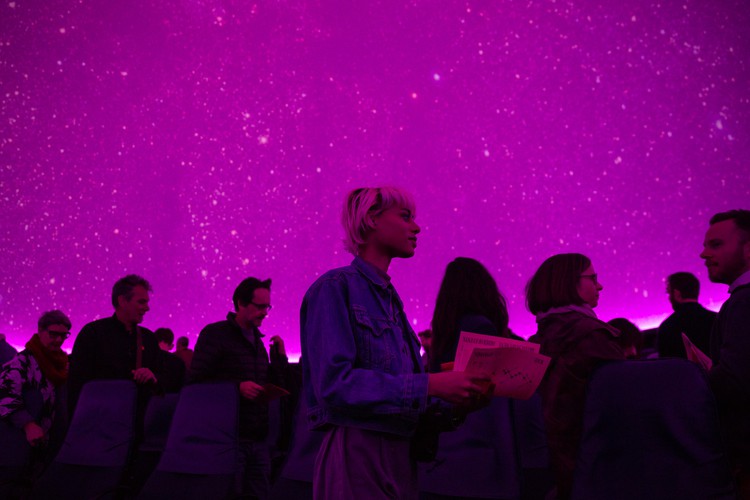 The performance started at the Planetarium, one of ten sites chosen. Viewers were treated to Ruga’s “Public Service Announcement”, a 15-minute immersive audiovisual feast in the digital dome. Ruga showed a cosmology of animals and insects, brightly coloured and hypnotic – a “rewriting of the constitution” according to Ruga. 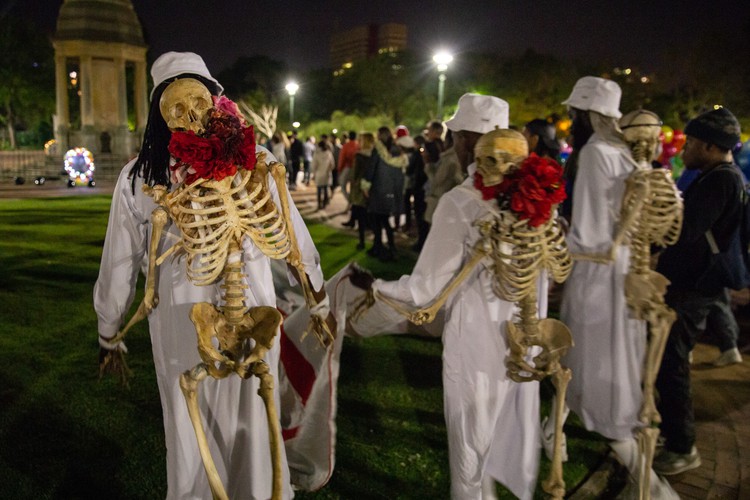 Inside the Company Gardens, a memorial was created by Ruga’s performers. “We hung up black and queer icons … People that have influenced my art,” explained Ruga. 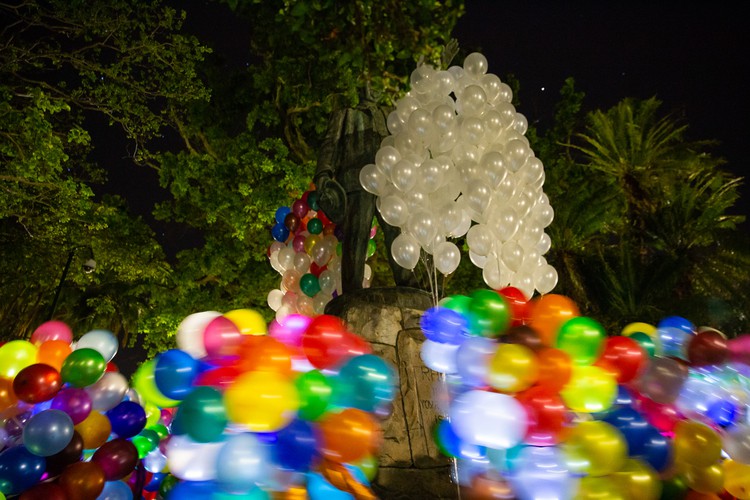 The performers circled the Cecil John Rhodes statue seven times, reenacting the Biblical story of the battle of Jericho. They screamed at the monument, breaking the eerie silence of the procession for the first time. “I wanted the screams to generate so much noise that it falls down. Unfortunately, it didn’t!” Ruga laughed. 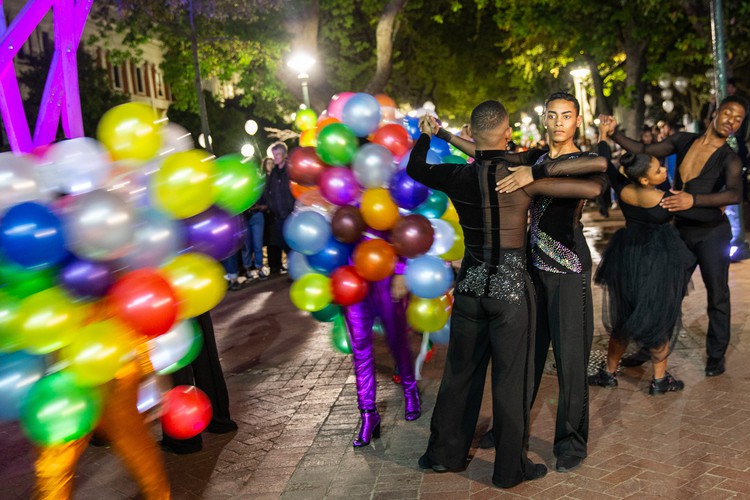 At the Desmond Tutu arch at the entrance to Government Avenue, lit with rainbow colours, an all-male ensemble of ballroom dancers danced. Ruga said he picked this site because of “the many contradictions of the Anglican church when it comes to same-sex [relationships]”. Despite the Constitution, same-sex relationships are not fundamentally accepted, said Ruga. “For me this is one of the things that we’ve lost in the rainbow,” he said. 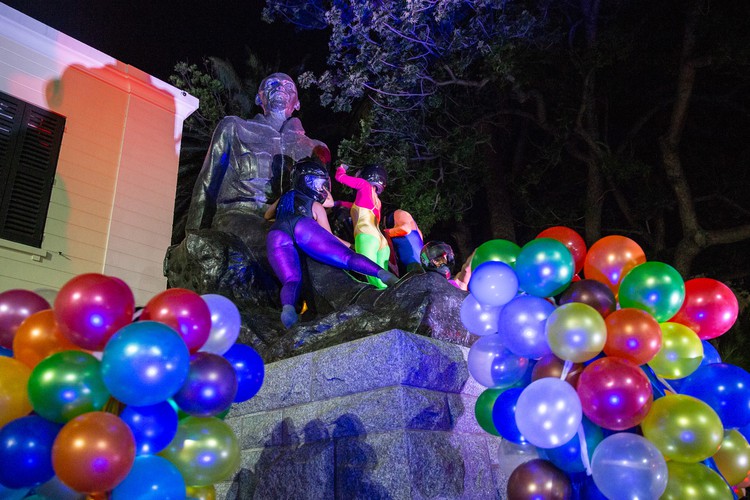 The performers proceeded to dance in a sexually provocative way around the statue of Jan Smuts. “I wanted to change these statues to become new memories. It doesn’t have to be successful, but its a proposal,” said Ruga . He said he wouldn’t want the statues destroyed; ideally he would like them to be recontextualised.

“Have them removed and have them placed in graveyards … a cemetery dedicated to human error. Without the statues our children might not think there was imperialism,” said Ruga. The performance he said is “meant for my healing and to give black people courage to heal themselves”. 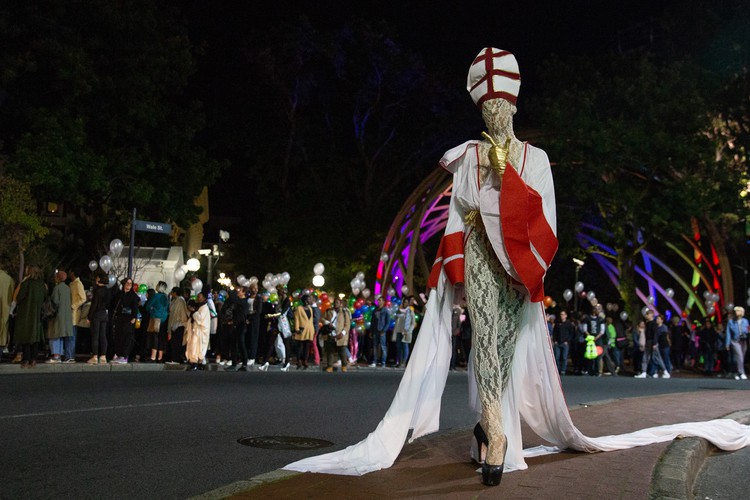 Outside the Slave Lodge, Ruga introduced a character, Ilulwane, draped in reimagined religious iconography. “The character is representative of all the young boys that died in the bush [during initiation]… Its about masculinity and modernism,” explained Ruga. 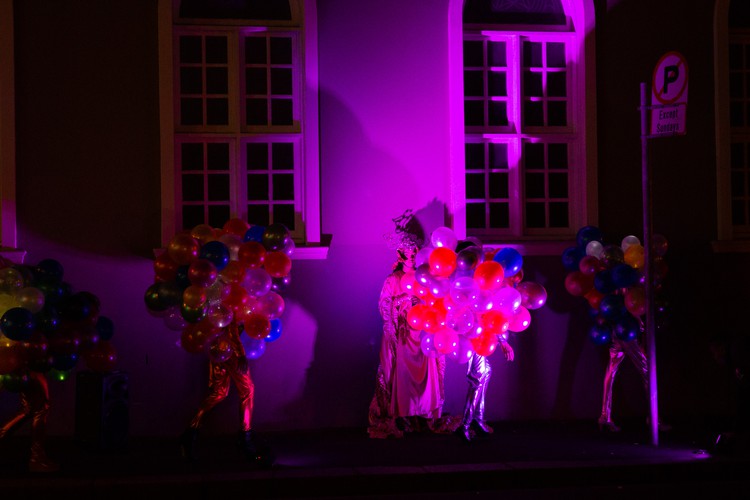 The film Miss Conga, Ruga’s first avatar, was projected onto the exterior wall of the Groote Kerk. Traffic came to a halt in Spin Street as motorists stopped to watch balloon-covered performers form a procession below the film screen. 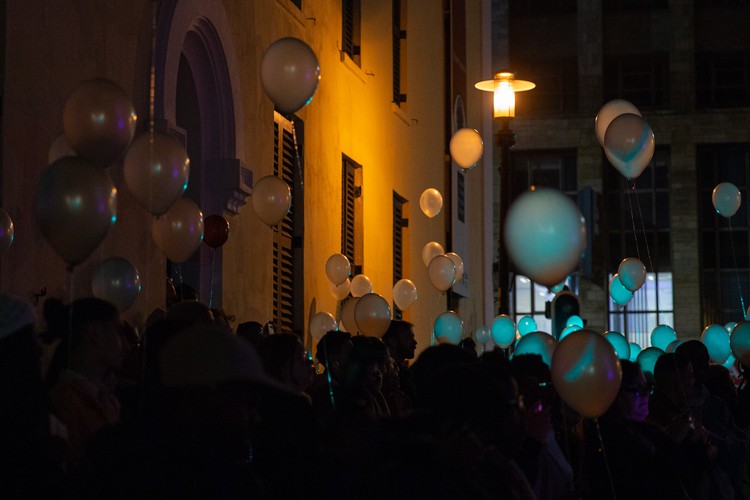 People following the performance were given balloons. “I wanted it to be as seductive as possible. It had to be fun for them. I wanted to create new memories of the city,” said Ruga.

“A procession is a beautiful non verbal performance. South Africa was built on processions. Those are all the ways that we perform real issues. It also bursts open places that are shut, reclaiming it somehow,” explained Ruga. 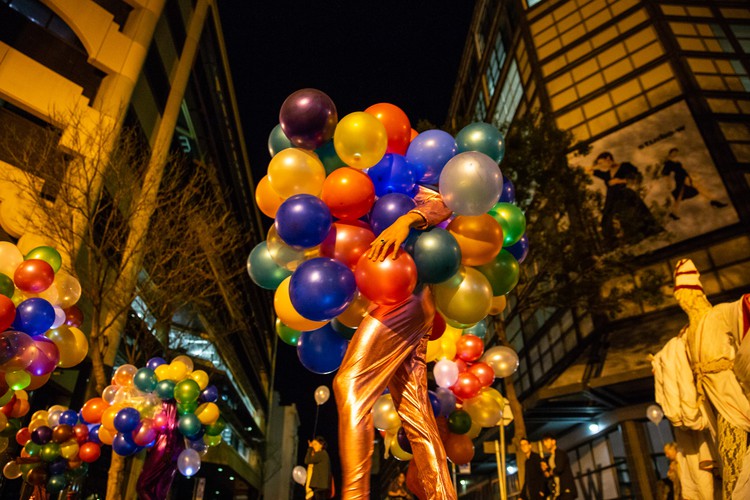 The procession, with performers lit by LED lights inside balloons, strode down the malled streets near the city hall, a play on South Africa’s ubiquitous protest marches. “I wanted the characters to light the way of the audience,” said Ruga. 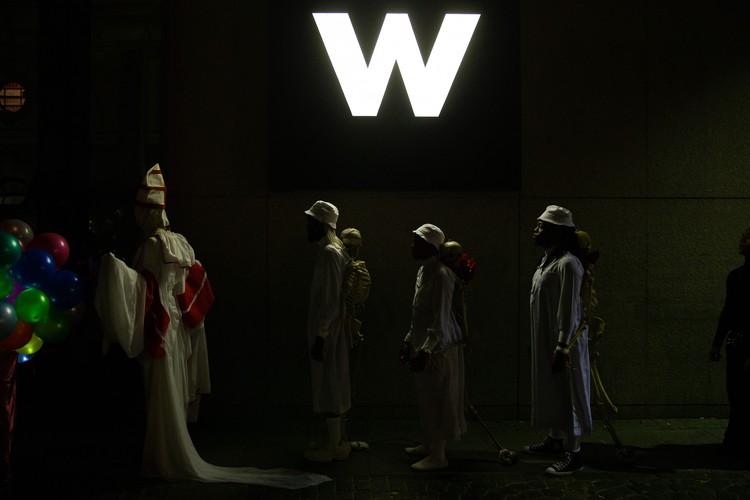 The procession made its way past the Woolworths building. Ruga said he chose this location because he loved the way the glass facade mirrored and magnified the performance. 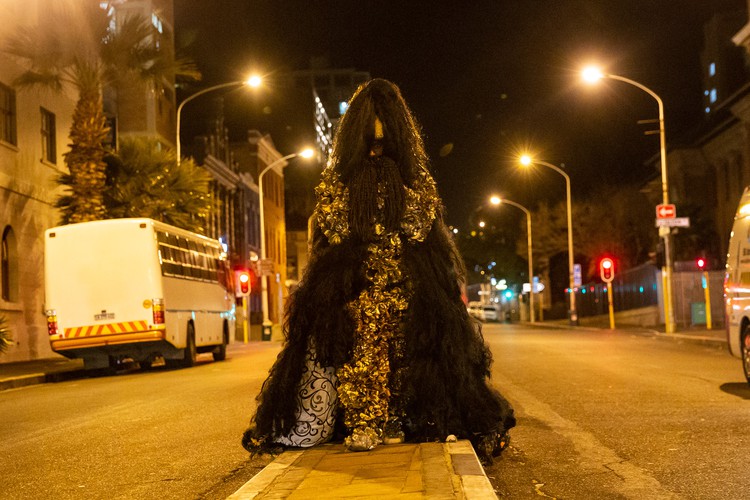 Ruga appeared, dressed as an Elder. The character he said “represents our fathers and the old things that they represent. Elders, the one that we do not question, like Mandela … We are a country led by old people. And we are a country that is so young.” 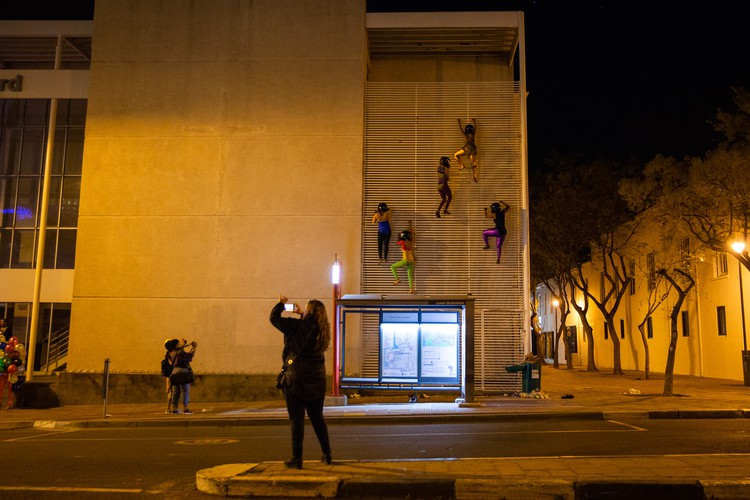 For the finale, held at the Universal Church of the Kingdom of God, five performers climbed up the side of the church and popped balloons. “It’s a body going against a massive structure like a church,” said Ruga.

Ruga said that with Things we lost in the Rainbow, he wished to insert himself into spaces from which he has been historically exiled.