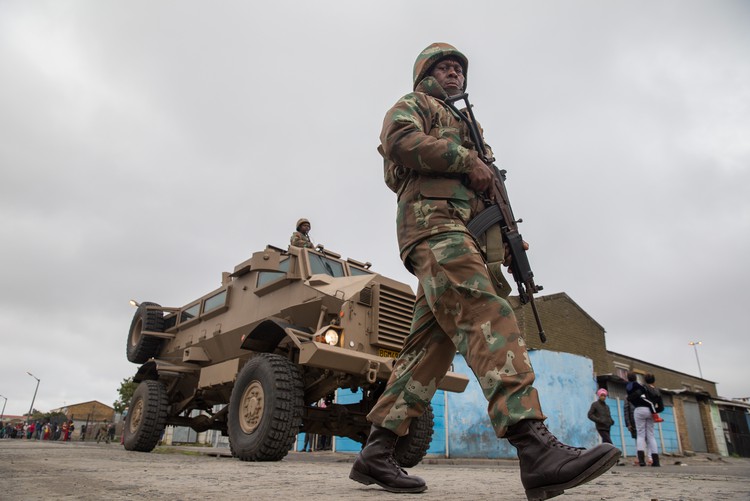 South African National Defence Force (SANDF) have been deployed to the Cape Flats to help the police quell gang violence. All photos and video: Ashraf Hendricks 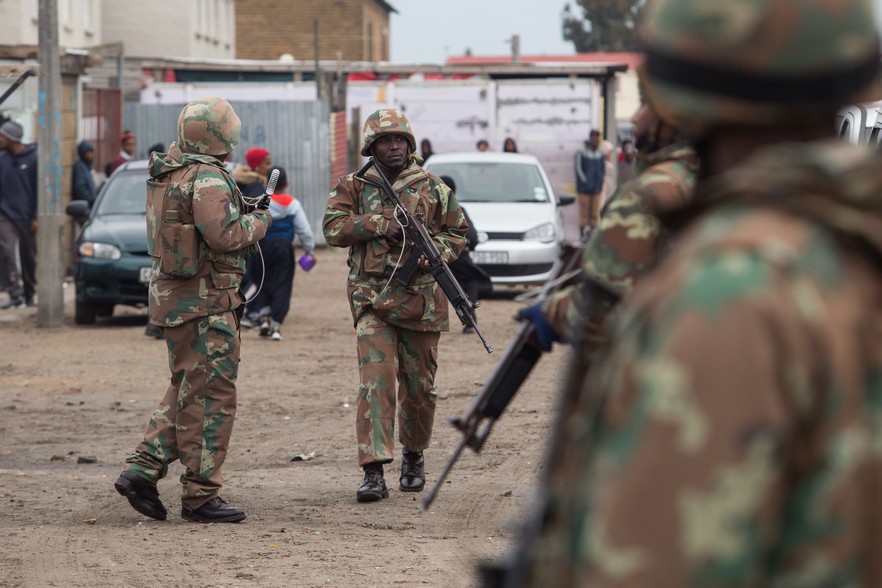 The army started their operation in Manenberg, the same suburb where Tasneem Simons (22) was murdered on Monday while taking down her washing. According to News24 43 people were killed in Cape Town this past weekend. Since November 2018, over 2,300 people have been murdered in the Western Cape. 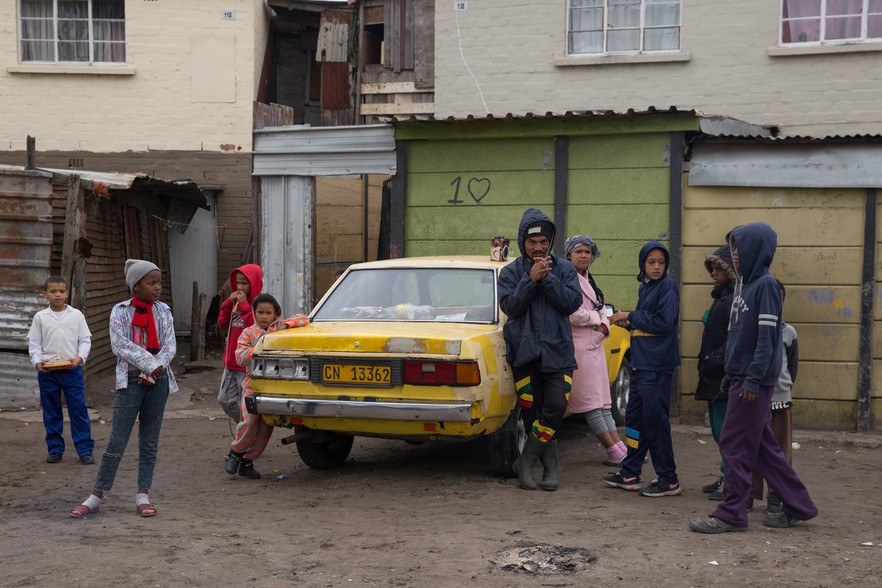 When the troops arrived residents cheered. Residents came out of their homes to watch as police performed raids. SAPS officers searched vehicles while soldiers kept watch. 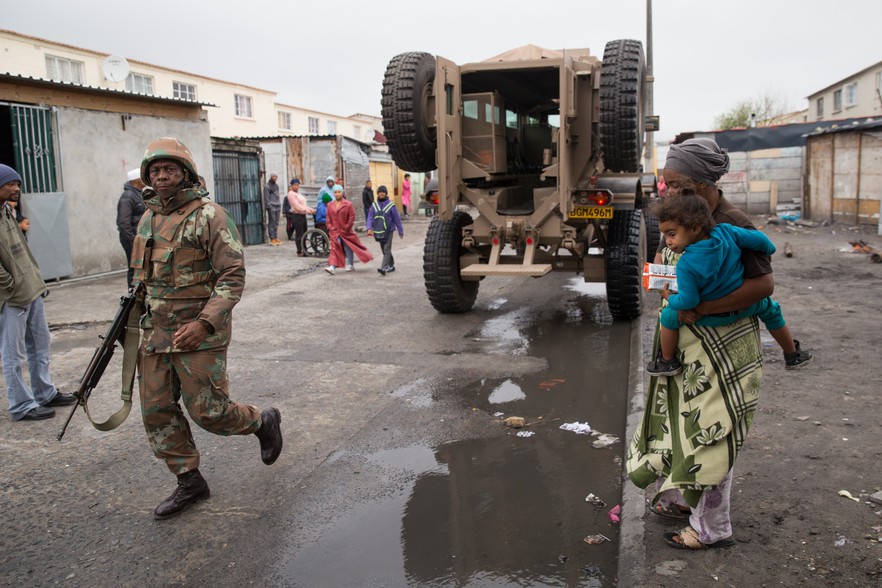 “The SANDF members will be deployed to support the police to restore law and maintain order in communities that are being terrorised by gangsterism,” said President Cryil Ramaphosa during a response to the budget vote at Parliament on Thursday. 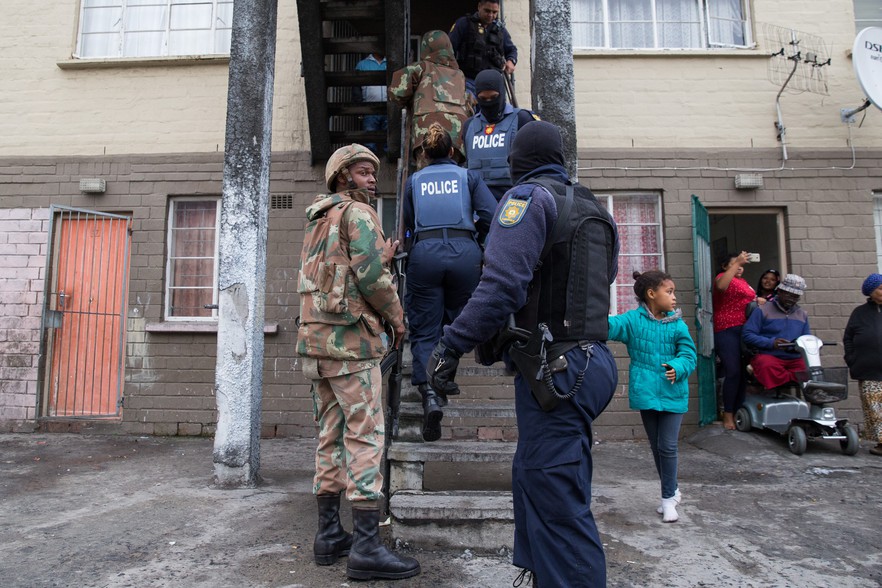 Police and the army then made their way to Hanover Park. Here they performed more raids. Residents said that there was shooting in the area a few hours before the troops arrived. Residents expressed support for the army being deployed onto the Cape Flats. People we spoke to, for example, said that the violence made them feel like they are being kept “hostage”. 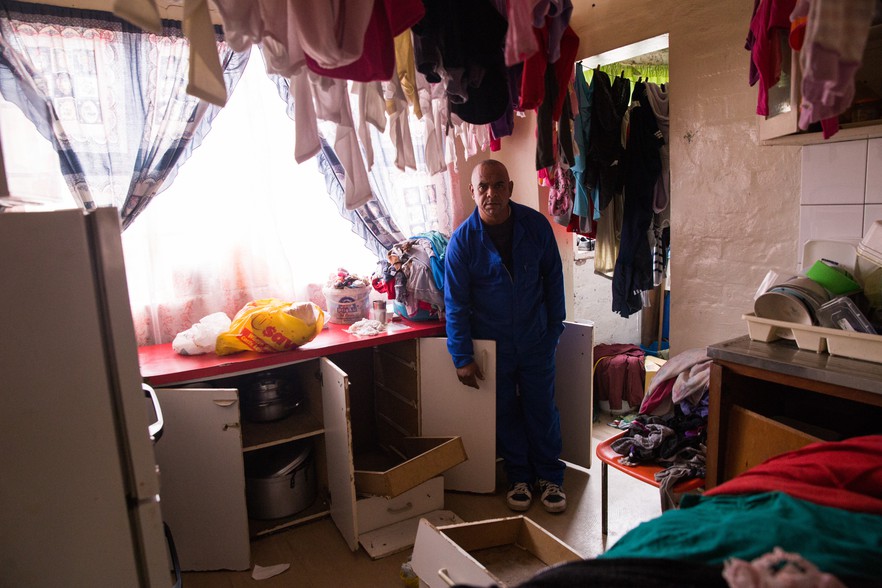 This man (who asked not to be named) was visiting his partner when their house was raided. He said that they agreed with the army being deployed to stop gang violence but he does not agree with them forcefully breaking into their home. 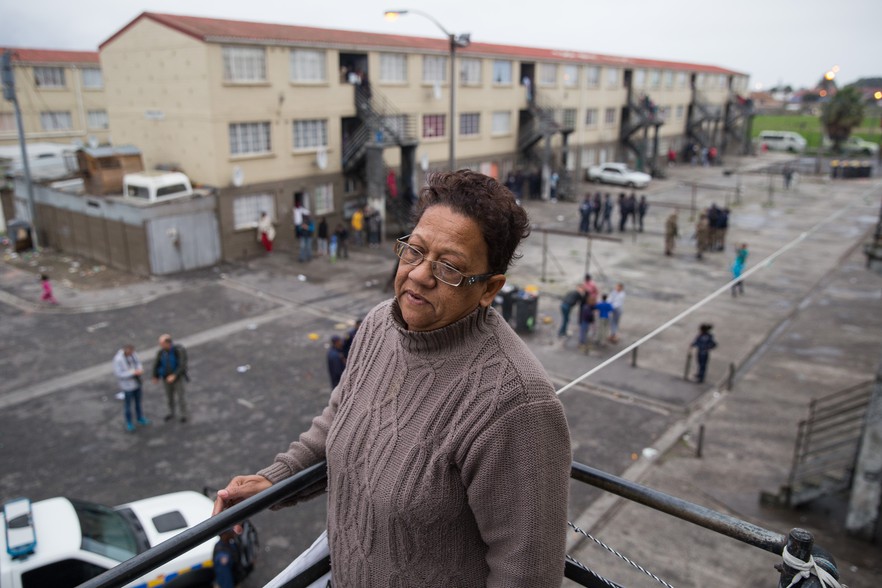 “Where do these guys get the guns from?” asked resident Julia Koen. Koen has been staying for 31 years in Hanover Park and says that she has seen many children shot dead in the courtyard pictured above. Koen says that she’s happy with the army deployment. “It’s something we’ve been asking for a long time”. 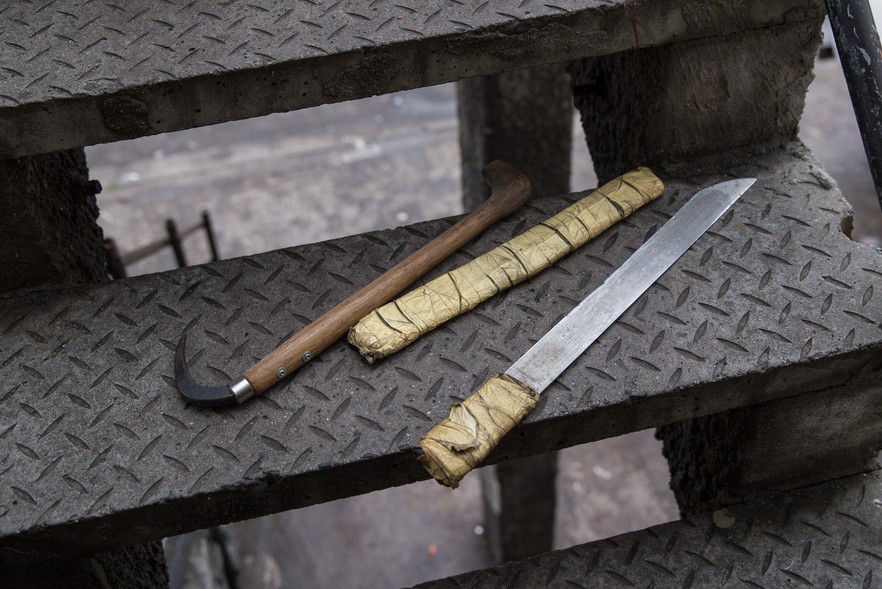 These were some of the weapons found during the raids. 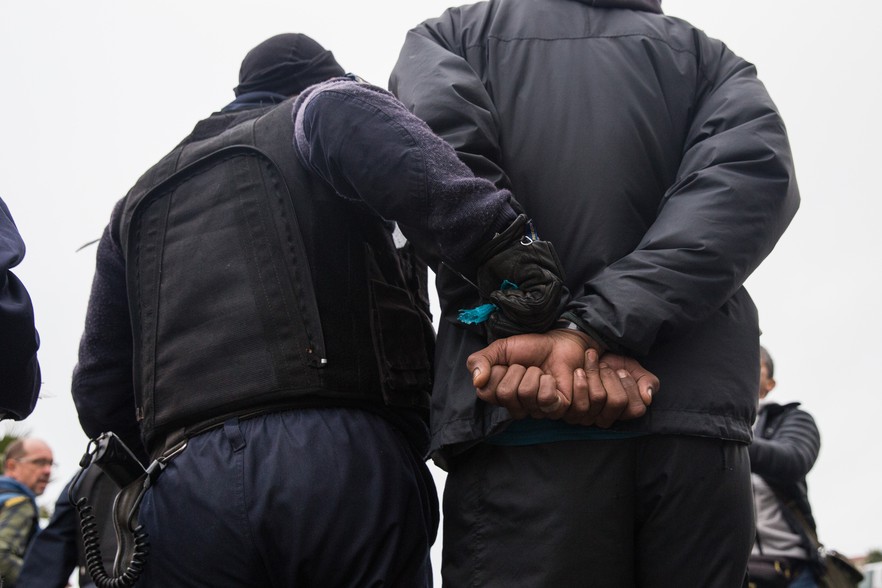 Throughout the day, GroundUp saw one person being arrested. 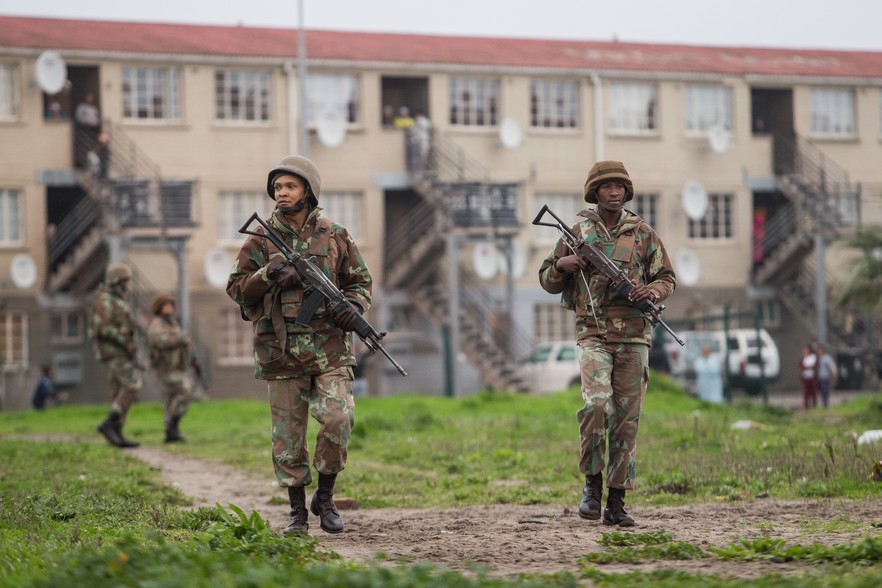 Throughout Hanover Park many soldiers patrolled the streets and fields where the raids were taking place. It is unclear if the army will continue patrolling once the raids are complete. 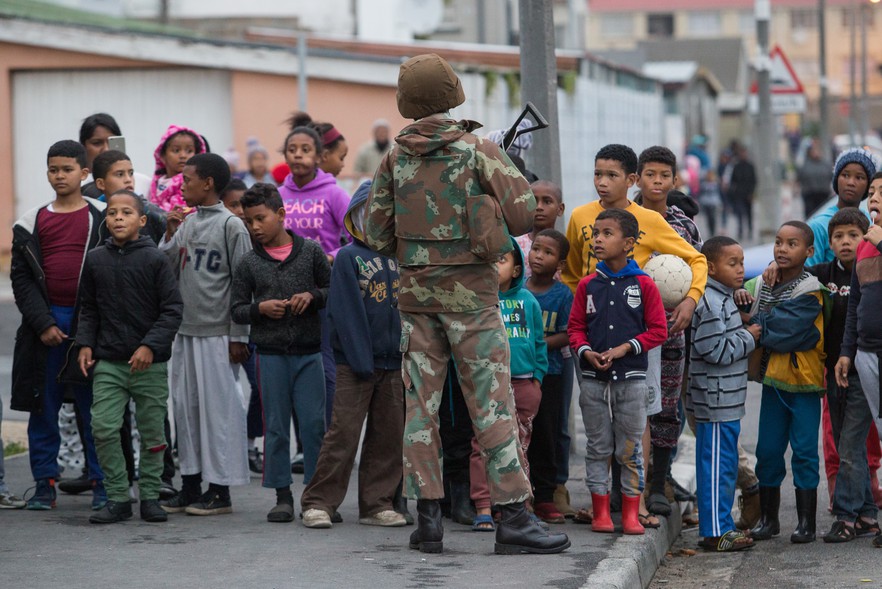 As the raids continued, hundreds of children gathered to watch. Soldiers kept the streets closed off. When more troops and military vehicles arrived, children would cheer and clap. 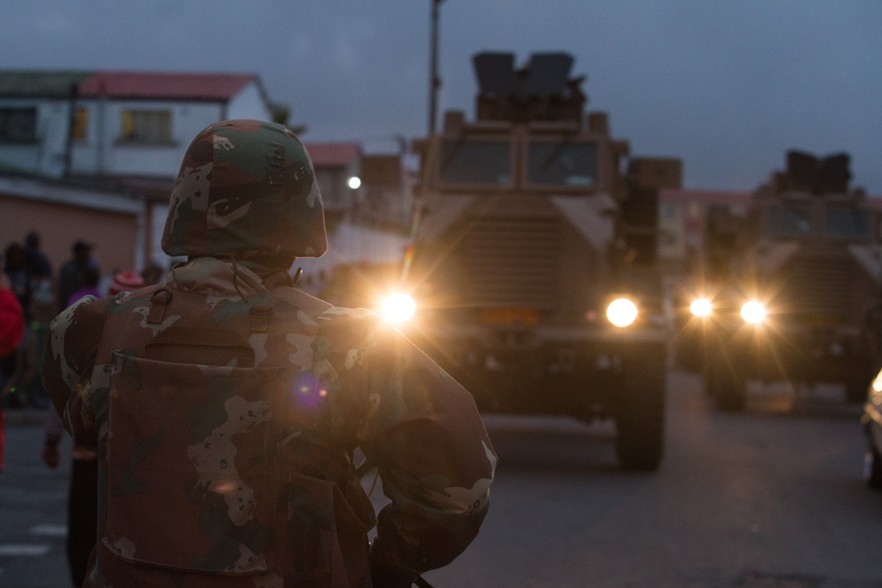