Special permits expire at the end of 2021 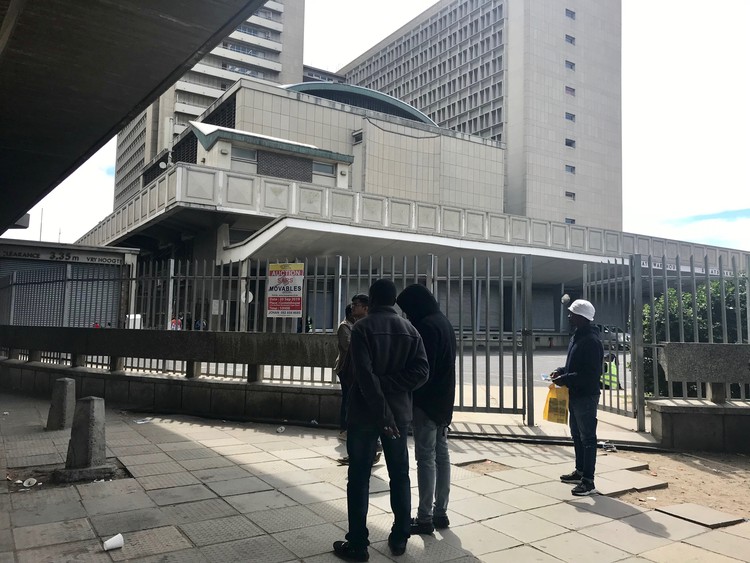 About 2,000 Angolan former refugees, many of whom have lived in South Africa for decades, may have to leave at the end of 2021.

According to the Scalabrini Centre, which has been fighting on behalf of the Angolans, the 2,000 former refugees have lived in South Africa for an average of 20 years.

The year 2021 is the deadline for the end of the Angolan Special Permit – a temporary permit issued to Angolans whose refugee status ceased in 2013. Now, an Angolan committee has written to Home Affairs in a bid to clarify what will happen to them when the deadline comes in two years.

One of the committee members, Manuel Panzo, told GroundUp last week that he had been trying to call the office but no one answered his calls. He said his colleagues had also been trying through emails.

In October 2009, the United Nations High Commissioner for Refugees proposed to end refugee status for Angolans who fled the civil war which ended in 2002. The South African government announced the cessation of refugee status in 2013, but most of the former refugees who wanted to stay were granted an Angolan Cessation Permit (ACP) in an Angolan passport issued to them upon withdrawal of their refugee status. These ACPs were valid for only two years.

In October 2015, the Scalabrini Centre submitted an application for permanent residency on behalf of all ACP holders. After several legal battles, the Department of Home Affairs eventually agreed to grant the category of an “Angolan Special Permit”.

Angolan Special Permits were issued in 2018 and expire in 2021.The conditions of the permit state that it cannot be extended, and its conditions cannot be changed.

The former refugees had been placed in a precarious legal state since 2013, Miranda Madikane, Director of The Scalabrini Centre, said this week, with deep and damaging impacts on the community.

She told GroundUp, “Considering that Angolan former refugees constitute a relatively small number of people, and considering that they have a deep level of socio-economic integration in South Africa, the ability to remain permanently within South Africa would be an appropriate durable solution.”

Madikane said that it is in the interest of the South African state to ensure that people living within its borders are documented. “In our experience, the community of Angolan former refugees and their families desperately want to seek durable legality in South Africa.”

In their letter to Home Affairs, the Angolan committee raised the issue of uncertainty regarding their future when the permits expire in 2021. They also asked the Department to provide a way for children and spouses of Angolan former refugees to acquire documents in South Africa. Some, who were not Angolan, had never had documents though they were married to Angolan Special Permit holders.

“Similarly, some children of ASP permit holders were too young or unable to be documented in their parents’ refugee status, and could not access ASP permits,” the letter read.

The committee also asked the department to expand the Angolan Special Permit programme to people with refugee or asylum seeker status who had missed the deadlines, to legalise their stay in South Africa. They explained that the problem is huge in small cities such as Port Elizabeth.

Panzo said if the visas were not renewed it would harm many families who had lived in South Africa for two decades and had adult children born here who could not speak Portuguese. It would also affect many people running businesses.

He said many people who had gone back to Angola after frustrations with documentation had returned within two years. Though the political system had improved and there was less persecution, life there was “difficult”, he said. “Children born here will not cope.”

GroundUp sent a query to Home Affairs on 26 September, and followed up with another email on 30 September. On Tuesday GroundUp called spokesperson Siyabulela Qoza who said he was not aware of the query. He promised to check and respond. Home Affairs’ response will be added when it is received.