ANC protests against itself

Pro- and anti-Zuma factions face off at Luthuli House 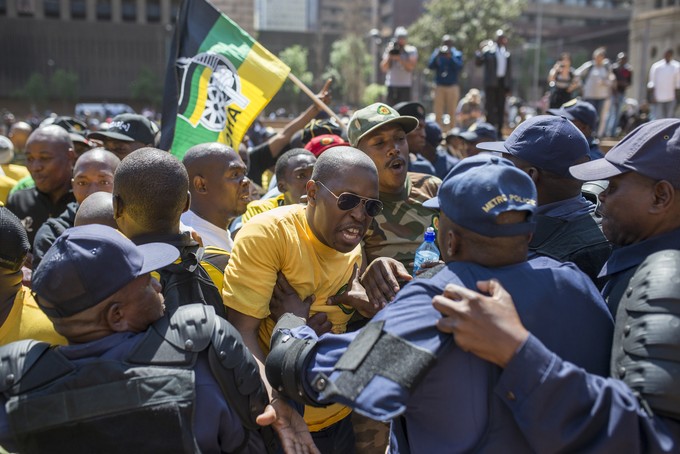 Police try to stop Pro-Zuma supporters from attacking a group of ANC members who came out to protest against the president.

Members of the ANC, demanding that President Jacob Zuma steps down, marched on the ruling party’s headquarters in Johannesburg today. The march, dubbed #OccupyLuthuliHouse, was met by a counter-demonstration of pro-Zuma supporters.