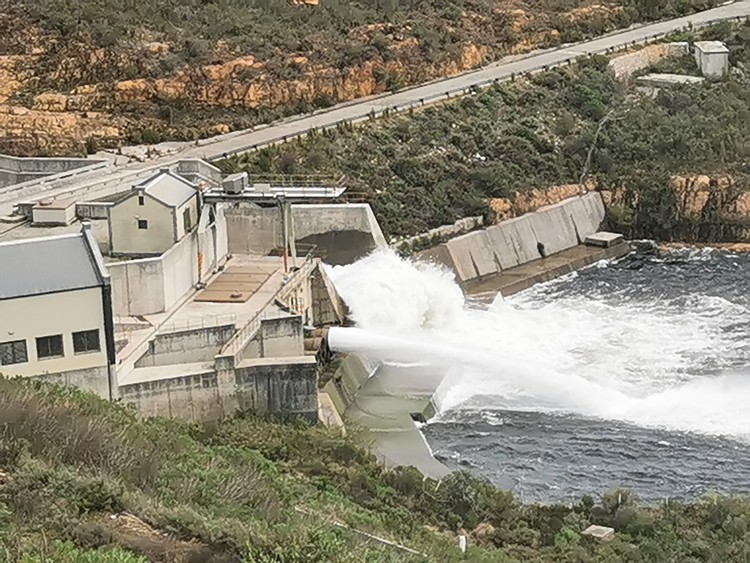 The Berg River Dam, which can hold 14% of Cape Town’s water capacity, is full, so the sluice has been opened. Photo: Nathan Geffen

In May 2017 we took photos of Cape Town’s dam levels at the height of the drought. This is what the Berg River looked like then: 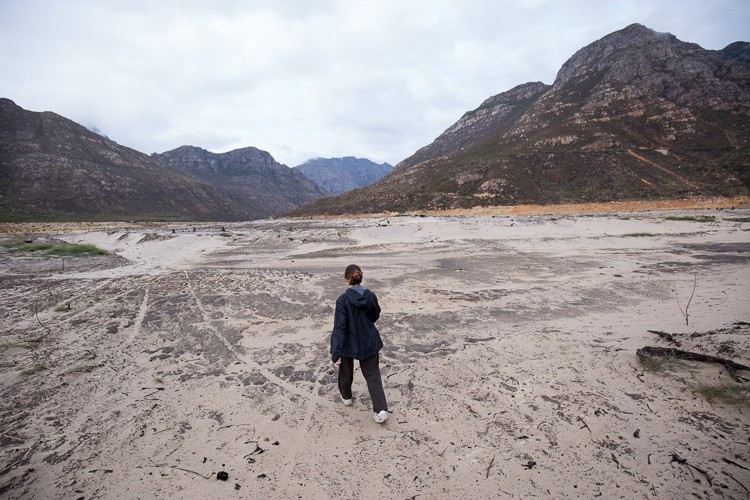 And this is what it looked like on Saturday: 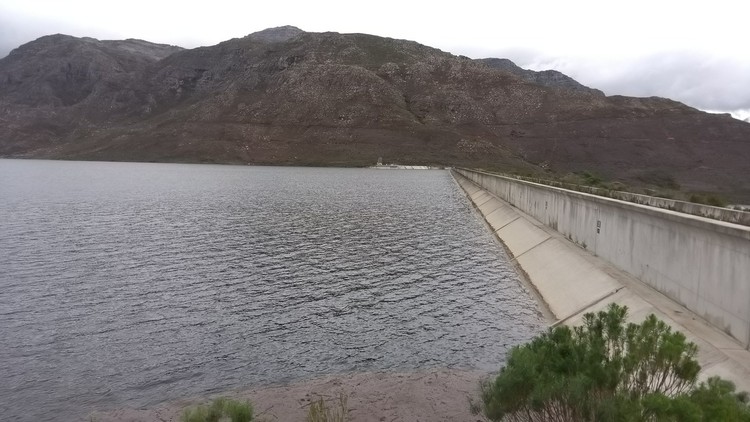 The dam is full and water is being released through a sluice gate. Photo: Faizel Slamang

And below is what Theewaterskloof, which can hold more than half of Cape Town’s water at capacity, looked like in 2017: 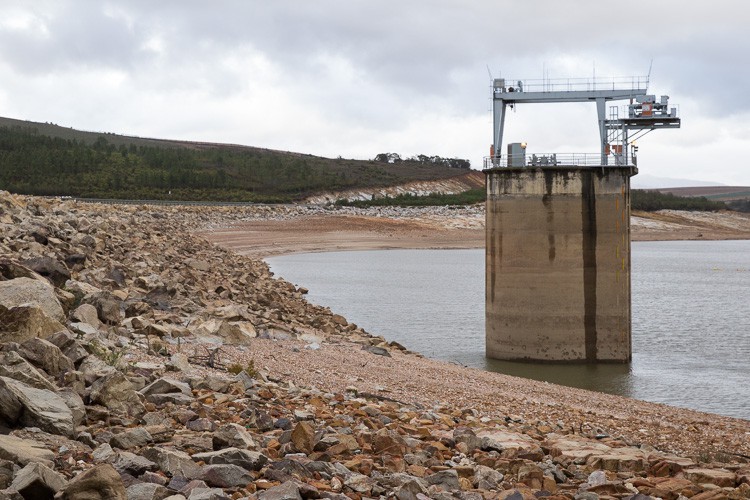 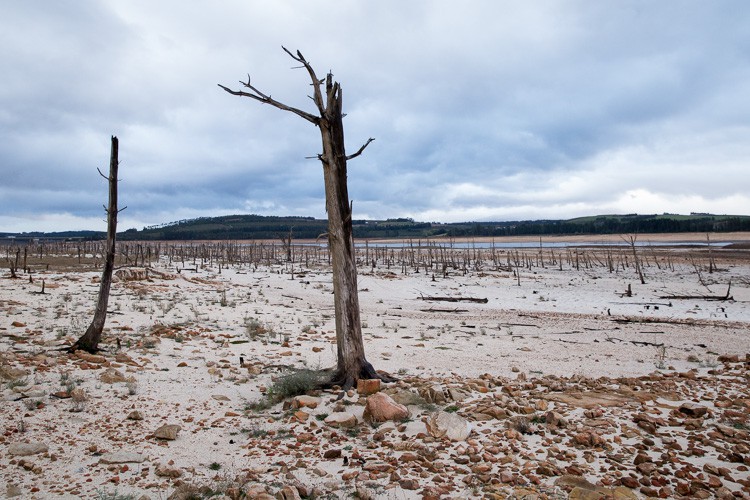 This is a particularly haunting photo from May 2017, showing how the retreating water levels left dying trees behind. Photo: Ashraf Hendricks 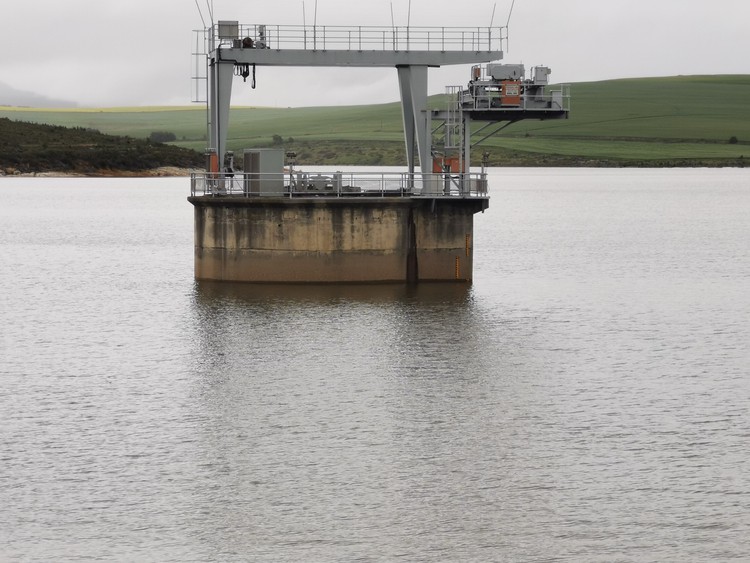 As of Monday, the Berg River dam and both Steenbras dams are full. Theewaterskloof, Voëlvlei and Wemmershoek are all well over 90%. The dam levels are at 96% of their total capacity, by far the fullest they have been in at least five years (source: City of Cape Town’s weekly dam report).