After being excluded for two years, Wandile, 8, starts school

KZN child was denied education because he has no birth certificate 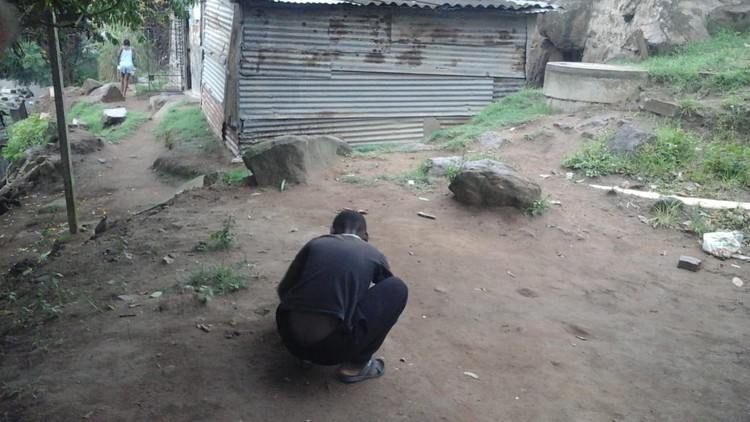 Wandile Shelembe used to play in the yard while his sister went to school. Now he has been admitted to Grade 1. Photo: Nokulunga Majola

After being denied his right to education for two years, Wandile Shelembe, 8, of Ntuzuma north of Durban started Grade1 on Tuesday.

Wandile was denied access by three schools in the area because he doesn’t have a birth certificate. The soon to be 9-year-old Wandile finished creche in 2018 and has never been to school.

Londiwe Mnguni, Wandile’s mother, told GroundUp that their Wendy house had been gutted by fire on 26 July 2018 destroying everything they owned including their documents.

Wandile’s sister Akhona managed to get access to school using an immunisation card and is in Grade 7 this year. But not Wandile.

“I tried everything in my power as a parent to make sure that he gets into school, but all my efforts were fruitless. He used to cry his lungs out every time he saw his sister go to school,” Mnguni said.

GroundUp found out about Wandile’s story last year and tried to get comment from the KwaZulu-Natal Department of Education, without success. Last week GroundUp tried again and on Monday, 24 February, the KZN department said Wandile would be admitted to school while his birth certificate is being sorted out.

Spokesperson Muzi Mahlambi said that the child would be admitted to Faith Mlaba Primary School which is the closest school to Wandile’s home. “The child will be in class while the issue of the birth certificate is sorted out,” Mahlambi said.

“I am so excited that my child is finally going to school. He missed out on a lot, but I am sure he will catch up. I was worried about his future. I want him to get education and be the best that he can be,” said Mnguni.

Last year on 12 December, the Grahamstown High Court declared it unconstitutional to bar undocumented children, whether South African or not, from attending school. Judge Selby Mbenenge said the right to basic education was enshrined in the Constitution and no child could be denied this right simply because he or she had no documentation.