Collapse of Metrorail and policing is hurting poor people 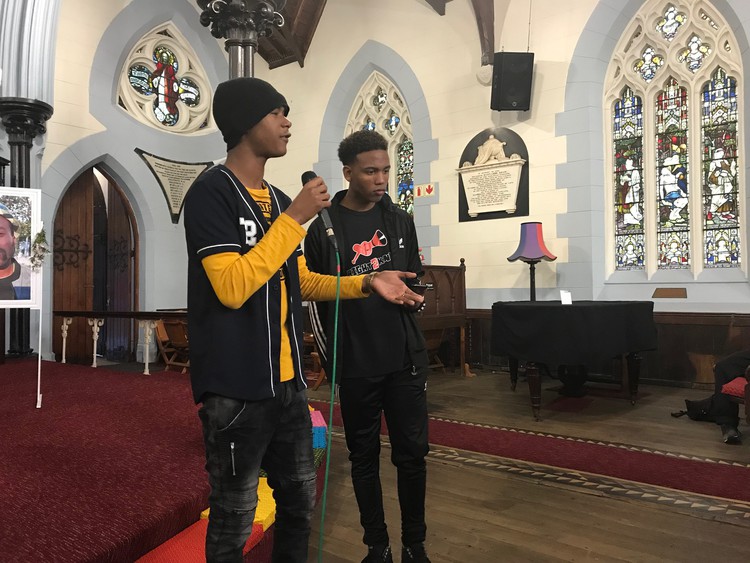 About 100 people gathered at the Central Methodist Church on Saturday morning to consider how state capture has been affecting their lives. The forum was organised by commuter activist group #UniteBehind.

Activists representing many organisations, including Reclaim the City, Ndifuna Ukwazi, Right to Know, and Sonke Gender Justice, suggested actions to answer the forum’s key question: “How do we fight the state capture fightback?”

In the wake of the deployment of the SANDF onto the Cape Flats, the participants also discussed whether the military can “cure problems caused by poverty”, whether Metrorail can be fixed and the meaning of the Zondo commission for most South Africans.

People living on the Cape Flats townships testified about their daily lives. Speaker after speaker described horrible encounters with the army.

Washeem Abrahams and Rayarn Kennis, both 17, jointly described their experiences living in Manenberg.

Kenis said that during apartheid coloured people were evicted and moved to underdeveloped “ghettos”, like Manenberg. Because of a lack of resources people formed gangs and started fighting for power and belittling the larger community. Gangs then started to make decisions, mostly wrong ones, for the Cape Flats. He said that the government failed to stop the formation of gangs, and now they don’t have a solution to them.

He then criticised the way the SANDF is behaving in Manenberg: “They are attacking us while we are chilling with our friends. One of my friends was slapped on the face and the other one was hit by a gun on the head. The soldiers said to my friends they look suspicious,” he said.

Abrahams said: “I am here today, trying to figure out how I can help my community because they are too scared to say what is wrong. Mothers are being terrorised by their own sons. In places like mine you need to communicate with your neighbours but that is not happening because we don’t trust each other any more.”

Fredalene Booysen of Sonke Gender Justice said that a week ago someone living three streets from her in Elsies River was gunned down. “In many ways the abnormal has become normal in our community,” she said.

She said the army raided a friend’s house in Elsies River, while there was no one there. She said they broke down the door. When her friend came home she found the whole house in a terrible state.

The Western Cape has seen a significant reduction in the number of police officers. This has been against a background of allegations of police corruption and the undermining of the Independent Police Investigative Directorate, a damning report from an inquiry into policing in Khayelitsha, and a court finding that the allocation of policing in the Western Cape is discriminatory.

#UniteBehind member Zackie Achmat described how Metrorail is dysfunctional because of state capture at PRASA during the Jacob Zuma era. He also criticised the current public protector for protecting “Jacob Zuma and his crooks instead of the public”.

But Achmat warned that organisations will not be able to fix PRASA unless they get onto the streets and start protesting. He said that they have been talking about safe trains for women and children for two and a half years. The next action needs to be sitting on a railway line and demanding a safety plan.