Demands to be given to Department of Social Development on Thursday 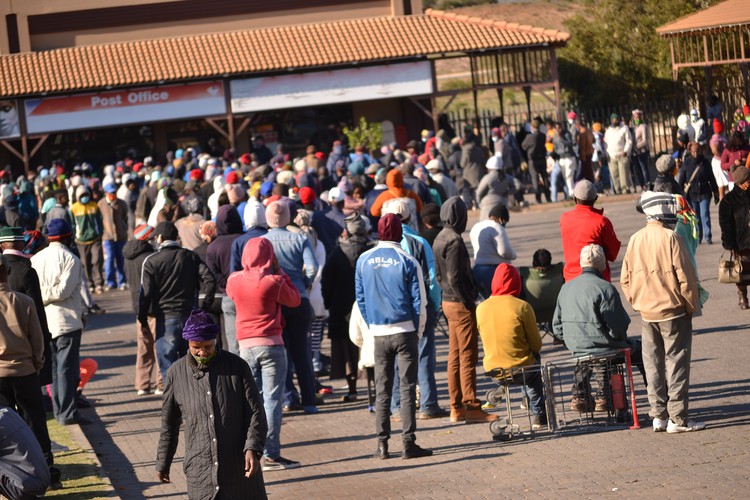 Hundreds of unemployed people queued outside the post office in KwaNobuhle, Kariega to collect their special Covid-19 grants in August 2020. With yet another deadline looming, activists want the government to further extend the grant. Archive photo: Thamsanqa Mbovane

Activists with the #PayTheGrants campaign will hand over a letter to the Department of Social Development on Thursday to demand that the Covid-19 Social Relief of Distress Grant be increased and extended.

During his State of the Nation Address in February, President Cyril Ramaphosa announced the three-month extension of the grant which was due to end on 31 January. Now with the deadline looming once again, civil society groups want to ensure that the grant is extended again.

On Tuesday, members of the C19 People’s Coalition (C19) met to discuss the open letter.

“We are at a point where we need to build broader support and put pressure on the government. We have requested an urgent meeting to discuss the imminent termination of the Covid-19 grant since January but have received no response,” Kalla said.

Nathan Taylor, a member of C19, said the group’s plans for this week include mobilising churches and other faith-based organisations to support the campaign.

“We have to shake SACC [South African Council of Churches] out of their slumber,” said Daddy Mabe from the Assembly of the Unemployed. He said the support of leaders from faith-based organisations will assist the campaign form “a coordinated voice”.

While the final programme is yet to be made public, demonstrations and other actions discussed will include pickets outside post offices and SASSA offices as well as collaborating with other civil society organisations who support the cause.