From protests against President Jacob Zuma to children doing yoga, here are some of the most interesting moments we caught on camera in the first half of the year 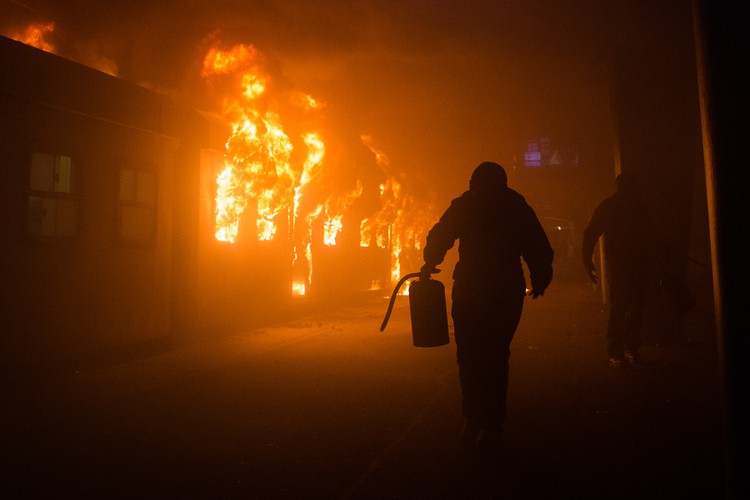 A train on Cape Town Station burns on 12 June. Metrorail services had broken down earlier that day and commuters rebelled. Ashraf Hendricks / GroundUp

The first half of 2017 has been turbulent. Across the country, tens of thousands marched against President Jacob Zuma. Lives were lost in a storm that shook Cape Town. A fire engulfed the Imizamo Yethu informal settlement. We also lost struggle stalwart Ahmed Kathrada, a wonderful man of great integrity.

The Western Cape is in the grips of its worst drought in recent history. There have been many marches and protests – against and for immigration, over water, electricity, education, housing, shack demolitions, transport and health-care. Trains and buildings have been torched.

We haven’t only reported doom and gloom. Our photographers captured learners attending their first day of school; children experiencing the joy of yoga on International Meditation Day, and Muslims searching for the new moon to mark the end of Ramadan. We also met furry friends at the Mdzananda Animal Clinic, Khayelitsha.