Betty’s Bay bears the brunt of blaze, which is now under control 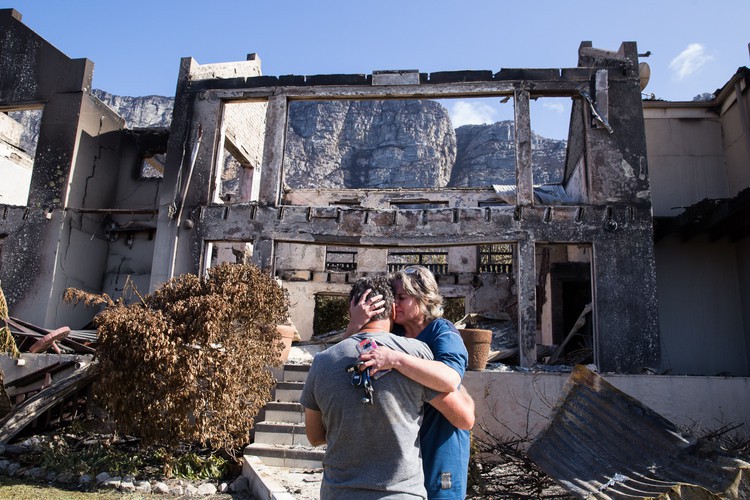 Juanita Booyse and her husband Manie break down in tears outside their destroyed home in Betty’s Bay. The Booyses have been staying in Betty’s Bay for nine years years and the loss of their home is “tragic”. Juanita says. Once she found out they needed to evacuate, she grabbed what little she could, packed it in the car and left.

Hundreds of people were evacuated in the Overberg region on Friday after a fire made its way closer to residential areas. The areas affected included Hermanus, Franskraal, Betty’s Bay and Karwyderskraal. 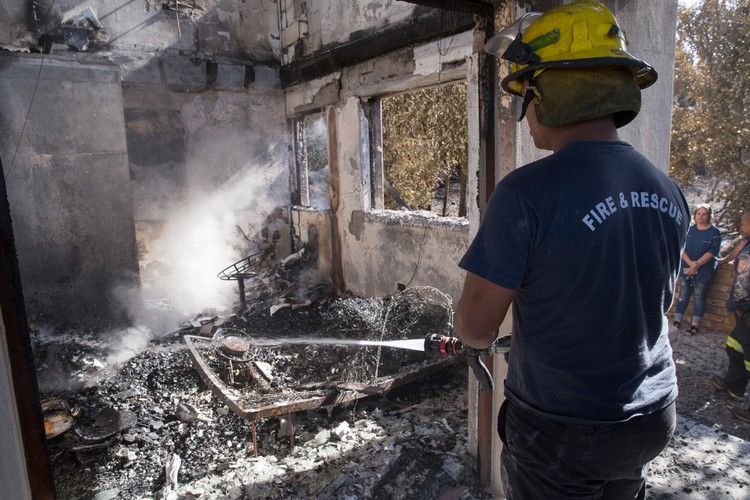 By early Saturday morning, with the help of rain, firefighters and aerial support, most of the fire was contained. Firefighting crews are remaining in the area in case of any flare-ups. 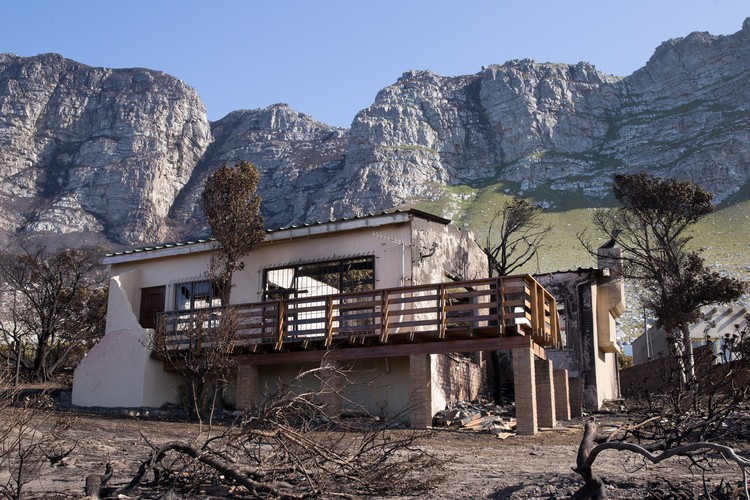 According to the the City of Cape Town’s Theo Layne, 31 residential properties were destroyed and an estimated of 12,800 hectares of vegetation has been destroyed. 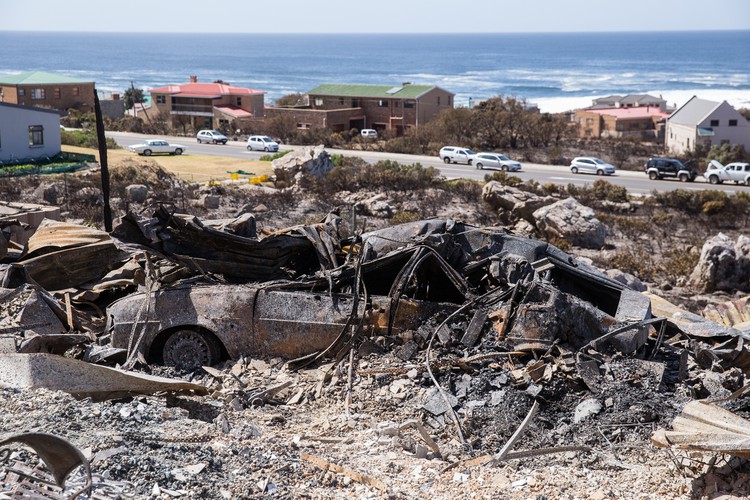 Residential areas along Clarence Drive in Betty’s Bay got the worst of it. At least two vehicles were destroyed in the fire. 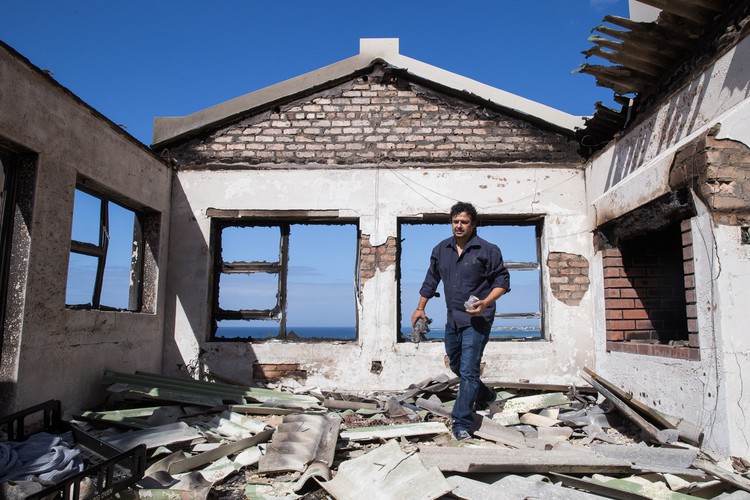 Jaco Strauss collects what he can from his burnt house. Strauss said that luckily no one was staying in the home at the time of the blaze as he usually rents it out. 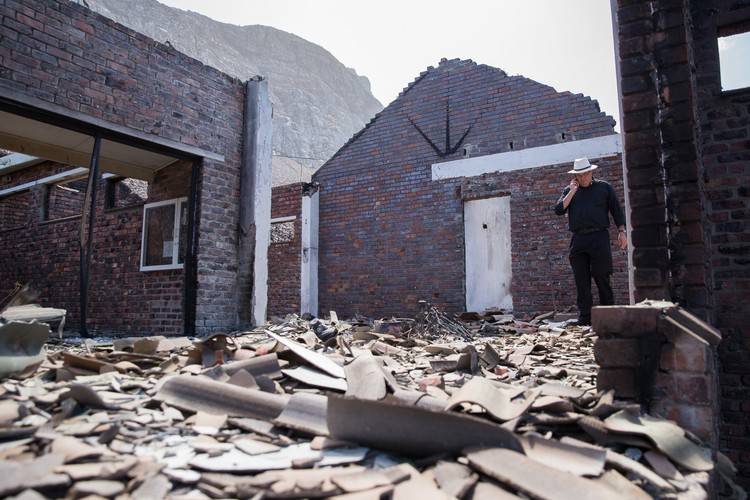 Father Robert Bisell stands amongst the ruins of a Catholic church that was destroyed. 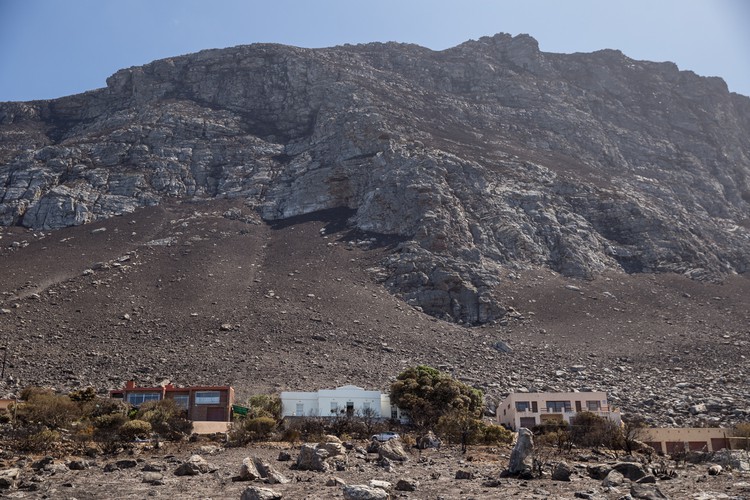 Although large swaths of vegetation were burnt in Betty’s Bay, many houses were left untouched by the fire.