104-year-old woman now has a choice of toilets

Following our report, Elisa Khumalo now has two toilets: one from government, one donated by a private company 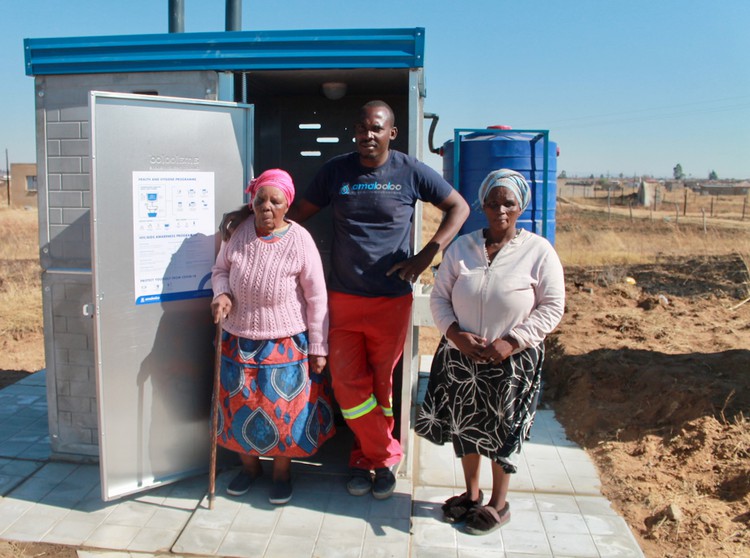 Following our report two weeks ago about how Elisa Khumalo, who is 104-years-old, had to go to the toilet in the open, two toilets have now been built for her.

Khumalo who lives in Mndozo village in Newcastle, KwaZulu-Natal, used to have to relieve herself in a roofless pit latrine with broken walls.

Hearing of her plight, Amalooloo Toilets got in touch with Ward 7 Councillor Bawinile Khumalo, who said she had the issue sorted. A toilet for Gogo Khumalo was built on the councillor’s instruction on Monday 29 June.

On Thursday 2 July, Amalooloo arrived and built two more toilets, another for Khumalo and one for her neighbour, Muziwendoda Zungu, who is 69 and still on a waiting list for a toilet.

The lane to Khumalo’s new toilet has been paved with concrete tiles for comfortable access. It has basins inside and out, a rainwater tank and a solar-powered light.

“May God bless you all and your company for helping the needy,” Nokuthula Khumalo, Khumalo’s daughter-in-law, told Amalooloo project manager Petrus Bambo.