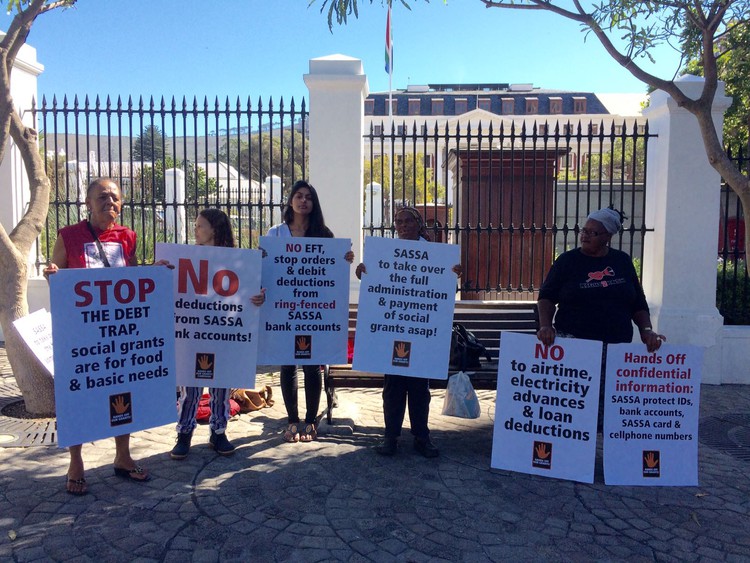 They said this was their first picket and they planned to protest outside Parliament every Tuesday until their demands were met.

“Our seniors are suffering out there,” said Ann October, a pensioner from Mitchell’s Plain. “Those people are only living on their SASSA grant- there is no other income in their household.”

October has been receiving a grant for two months. She said in the first month at least R500 was deducted from her pension and in the second month she received a total of R490 instead of R1,600.

October and her husband, also a pensioner, rely on their social grants to pay rent on their house, to buy food, and to pay doctor’s fees.

October said she had filed several complaints to SASSA, who had promised to investigate, but she had not heard back.

Vainola Makan, provincial organiser of Right2Know, said the money deducted illegally from social grants should be paid back and Dlamini should “resign or be fired”.

“Dlamini has been a very incompetent leader,” said Makan.