Corruption allegations against Gideon Sam come back to life 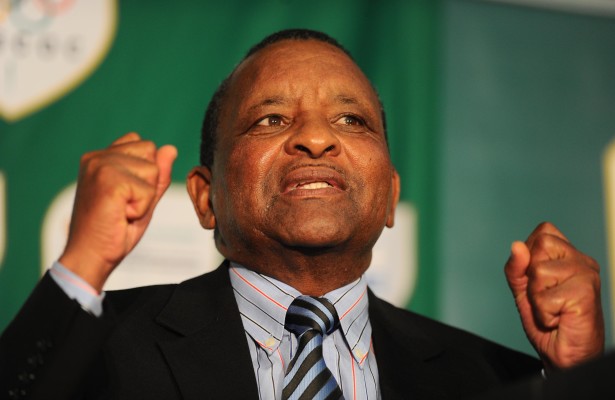 A meeting is being held today by Sascoc to discuss allegations against its president, Gideon Sam.
Photo from Sascoc website

In the midst of preparing the South African Olympic Team for the Rio Games, the South African Sports Confederation and Olympic Committee (Sascoc) is now holding high-level meetings to discuss the future of its president, Gideon Sam, amid renewed allegations of corruption.

The email included a statement from prominent advocate and director of Cricket South Africa Norman Arendse claiming that Sam had attempted to bribe him at a meeting in 2008. At the time Arendse was chairing an adjudication committee tasked by the South African Social Security Agency (Sassa) to evaluate bids on a social grant delivery system tender worth R7 billion. The bribery allegation had been previously reported by AmaBhungane in the Mail & Guardian in 2012.

GroundUp understands that this is the first time Arendse’s statement, as well as a supporting statement by his secretary, Colleen Beverley Bainbridge, has been placed in the public domain.

Officials within Sascoc confirmed that a preliminary meeting on the issue was scheduled for Wednesday 13 July. They are still trying to determine if Arendse’s statement is authentic. GroundUp has been able to independently verify that it is.

Arendse’s statement describes a 21 September 2008 meeting between him and Sam concerning bidding for an R7 Billion Sassa tender on the payment of social grants. At the time, Arendse was chairing an adjudication committee appointed by Sassa. The committee was planning on advising Sassa to reject all bids for the tender the following day.

Arendse claims that Sam asked for the meeting with him to discuss a “sports matter” and “business opportunity”. He says that during the meeting Sam instead offered him a bribe and claimed to be a representative of Cash Paymaster Services (CPS), which was bidding for the tender.

Arendse says he immediately refused the bribe, informed the rest of the adjudication committee, and informed the CEO of CPS’s parent company Net1 of the incident. He also “found it very suspicious that Mr Sam knew both that [he] was finalising the report [recommending rejecting all tenders] that night and that the adjudicators were to meet in Cape Town the next day.”

Net1 CEO Serge Belamant stated that he had never heard of Sam and he was not affiliated with the company. According to the Mail & Guardian, Sam denied that the incident ever occurred, saying “No, no. Not at all. I’ve never done social pensions. I am a sportsperson.”

On 25 September 2008, the Adjudication Committee recommended that the tender be cancelled as none of the bids fitted the requirements. The committee decided approaching the government with the corruption allegations was not necessary as the Director General of the Department of Social Development was part of the committee and aware of the allegations. No official action or investigation was undertaken.

(Further allegations are made against Sam in this 2011 TimesLive article.)

In 2011, CPS successfully bid for an updated Sassa tender worth R10 billion but faced extensive legal challenges from other contenders over irregularity in the tender process. In 2015 the Constitutional Court of South Africa ruled that the contract was technically invalid, but allowed it to continue as ending it would massively disrupt social grant delivery. Last October, Sassa decided not to renew the contract when it ends in 2017.

Sam has been president of Sascoc since November 2008. His second term is due to expire later this year. It is unclear if he plans to stand for re-election.

Sam is also currently serving as the vice president of the Commonwealth Games Federation, and is coordinating planning for the 2022 Commonwealth Games. The Durban Games has faced controversy over poor communication between Sascoc and the provincial government, and the overall readiness of the games.

On 12 July, the CEO of the Commonwealth Games Federation (CGF), David Grevemberg responded to the anonymous email stating that the corruption allegations “were formally discussed and it was concluded that there was not sufficient information or evidence provided at this time relating to the state’s tender to form the basis of a CGF-led inquiry.”

However, he did state that the CGF’s Governance and Integrity Committee found that Sam had not disclosed family involvement in corporations involved with the Durban 2022 Games. While no improprieties were found, the need to disclose all possible conflicts of interest was “reinforced to all CGF Executive Board members.”

Gideon Sam did not answer our telephone calls or email.